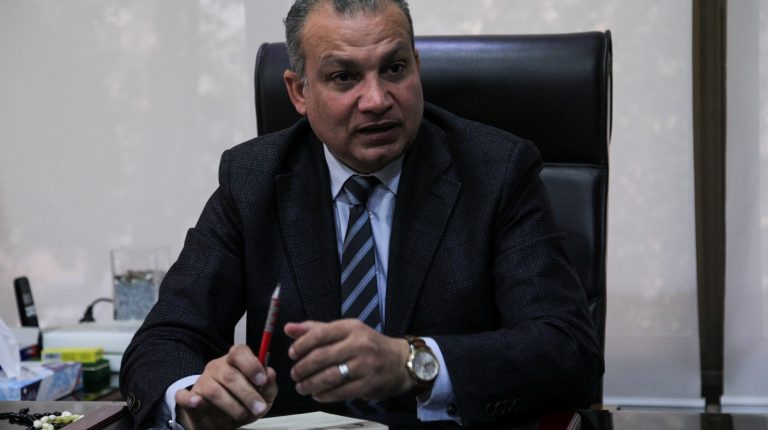 In his election programme, President Abdel Fattah Al-Sisi, in first and second term, has undertaken the task to eradicate one of the most significant and critic problems in Egypt which are informal settlements.

Beyond any doubt, this undertaking is close to becoming a rality, especially, since the Informal Settlements Development Fund (ISDF) has announced that Egypt will be slum-free by 2019.

In an interview with Daily News Egypt the Executive Director of ISDF Khaled Seddiq unveiled the amount of funds that were allocated to reach this goal, in addition to how Egypt will be reshaped by 2030 in this respect, the transcript for which is below, lightly edited for clarity:

Is it true that Egypt will overcome one of its most significant obstacles which is the informal settlements issue?

That is correct, Egypt will be slum-free by the beginning of 2019, according to the schedule which was set by the ISDF, in cooperation with all concerned bodies.

However, some people and concerned persons debate this fact, considering it as an impossible goal. What do you say?

It is not impossible any more, and all these allegations are not true, especially that we developed quite a number of informal settlements all over Egypt.

So, how will you reach this achievement?

We have already finalised 102,000 housing units, in addition to other 93,000 units which are under-construction. Furthermore, we will inaugurate a number of housing units in four concessions in Port Said, Beheira, the Red Sea, and Sinai governorates, in addition to the third phase of Al-Asmarat housing project that will be inaugurated during 2019.

And what about Cairo in particular?

That’s for unsafe settlements, but what about for un-planned ones?

Egypt contains 32 cities over 417,000 acres,160,000 from this space are unplanned areas which shape 40% of Egypt. These areas lack infrastructure like roads, sewerage systems, and all kinds of utilities. It requires £350bn to develop it completely by 2030.

One of your goals is to improve the Maspero Triangle zone, can you elaborate?

Although the project of improving the zone was set to begin by 2019, we decided to buy some time, thus, we have begun during 2018. We have already torn down all buildings in the area. In addition, constructing firms have begun their work, and are implementing the area’s development project.

What is the expected time frame to completely improve the area?

Within three years, so by 2021, the residential area will be completely established. 1,000 families will be resettled there over an area of 6.5 acres.

But the residential area was set to be on 11 acres, why has is decreased?

Because, we decided to increase the heights of the apartment buildings, thus, we horizontally decreased the area.

And what about the rest of the area, and the projected investments there?

It is not a matter concerning the ISDF authority. It is a matter related to the owners of land spaces inside the area and the bodies that will offer those facilities to implement their projects.

But you must certainly have a vision in this regard according to the construction proposal?

It will include entertainment facilities, services, commercial activities, and some hotels. Investments in the area will reap profits from these activities. Additionally,, the residential towers will not exceed 30 floors which the investors will build there.

What is the budget that is allocated to improve this zone?

About EGP 1bn, in addition to contributions from investors.

Who are the incumbent owners there?

Six big owners, including two Saudi companies; Maspero company which owns the building of Radio and TV Union; a holding company followed the business sector; an Armenian Church; an owner of a space of land inside the area called Diob, in addition to some small holders.

But there is also a Kuwaiti company, correct?

Yes, but, unfortunately, the Kuwaiti company, which owns about 42,000 metres, and another owner called Jan Eid, who owned a space of land inside the area, have not yet introduced any of documents which proves their ownership. Therefore, according to the building code, we have set out to take all procedures towards expropriation, and these spaces of lands will become state property subject to the New Urban Communities Authority (NUCA).

What about the project of transferring informal local markets outside Cairo which has been set since 2015?

This project has been cancelled, as if we transferred these markets outside Cairo, inhabitants would not have coped with this situation, and it would have been a hard situation for them. Moreover, transferring them will maximise the phenomena of informal markets, as citizens will create an informal market to meet their demands.

What about the new project?

The new project aims to establish a formal and organised new market as a replacement for every informal one in its closest zone to meet all the demands of customers and buyers alike. For instance, we established the new Tunsi market, as a replacement for the old one, about 500m from its previous location.

What is the number of informal markets all over Egypt?

There are 1,103 informal markets all over the state; 134 markets in Cairo; 84 in Alexandria; 83 in Giza, 55 in Sharqiyah; 69 in Menya; 82 in Sohag, and we classified them into three types: annual markets, weekly markets, and daily markets.

What are the effort that the ISDF has introduced to improve them?

What is the source funding all these efforts improving both informal settlements and markets?

From the general state budget, but President Abdel Fattah Al-Sisi issued a decree to consider the NUCA’s budget surplus as a new source of financing our projects. That decree come into effect as of the fiscal year (FY) 2016/17.

Is the private sector sharing in this regard?

What is the budget that was set to eliminate all kinds of informal settlements?

Over £ 20bn. It hits EGP 15bn in FY 2018/19. During a period of six years, from the beginning of the ISDF work in 2008 until 2014, the total expenditures to improve slums had reached EGP 652m, then, from 2014 to 2018 expenditures in this regard exceeded EGP 12bn, besides a share of EGP 2bn has been spent by citizens as an effort to improve their areas. In FY 2015/16 the budget recorded EGB 1.5bn, while it was doubled to reach EGP 3.5bn in FY 2016/17. In last four years the expenditures volume on improving informal settlements hit twenty times what had been spent before 2014.

What is the key factor that drives the ISDF to deal with this critical issue?

The attention payed by President Al Sisi to this sector, and his instruction to all concerned bodies to offer all facilities in this regard is the key role that will help Egypt to become slum-free by 2019. Dealing with this issue in previous times happened by accident, I mean when a disaster occurred the concerned bodies would move to act without a strategic plan in the short and long run. Currently, on the contrary, we have an integrated plan and we are close to achieving a complete overhaul in the informal settlements issue.

Does this sector need a ministry to be dedicated to deal with it?

There is no need to dedicate a ministry for this sector. This issue needs more interest to be paid to it and a will to go ahead. And, when all these factors were available, in addition to the required fund, we were able to make a significant headway.

According to Egypt’s vision 2030, what is the projected situation of slums in the country?

For private sector, what do you have to tell them?

I call on all businesspersons to invest in improving districts and cities. In this regard, the ISDF launches an initiative through the Daily News Egypt offering them designs, eliminating fees, in addition to getting licenses from concerned authorities to stimulate them to become member in improving our country.