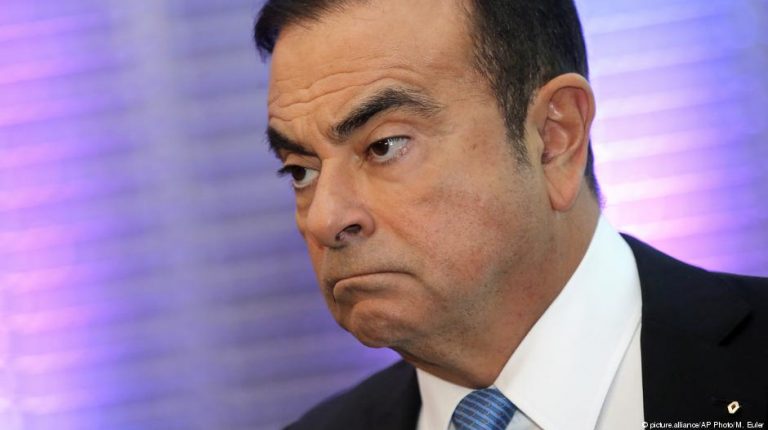 Carmaker Nissan’s ex-chair Carlos Ghosn, arrested last month for breach of trust, is to be kept in pre-trial detention over Christmas and New Year. Ghosn was credited with making Nissan Motors a viable global competitor.A court in Tokyo on Sunday extended the detention of Nissan's ex-chairman Carlos Ghosn for another 10 days.

The Tokyo District Court said the decision would allow prosecutors to further investigate the case, which has triggered international attention.

Read more: Who's the man who could bring down Japan's auto industry?

Ghosn was arrested on November 19 on suspicion of falsifying the company's securities reports and allegedly understating his personal remuneration by about 5 billion Japanese yen ($44 million, €38.94 million) over a period of five years.

Greg Kelly, a former representative director for Nissan, was arrested along with Ghosn and accused of conspiring with him.

According to Japan's state broadcaster NHK, Ghosn also benefited from having his former company transfer a total of $14.7 million (€12.9 million) to another company through his Saudi acquaintance.

The arrest of Ghosn, who was previously credited with almost single-handedly rescuing one of Japan's flagship car companies and restoring it as a viable global competitor, stunned Japan, where Ghosn was known for his disciplined leadership.

Ghosn rescued Nissan from bankruptcy in the late 1990s and was the mastermind behind the Renault-Nissan-Mitsubishi alliance, a strategic automotive partnership. He also chaired all three companies until recently.

The boards of Nissan and Mitsubishi dismissed Ghosn as chairman after his November arrest, but he still holds the position at Renault, though the French carmaker has appointed an interim chairman.

Nissan has also been charged as part of the Ghosn affair for allegedly making false statements in annual reports.