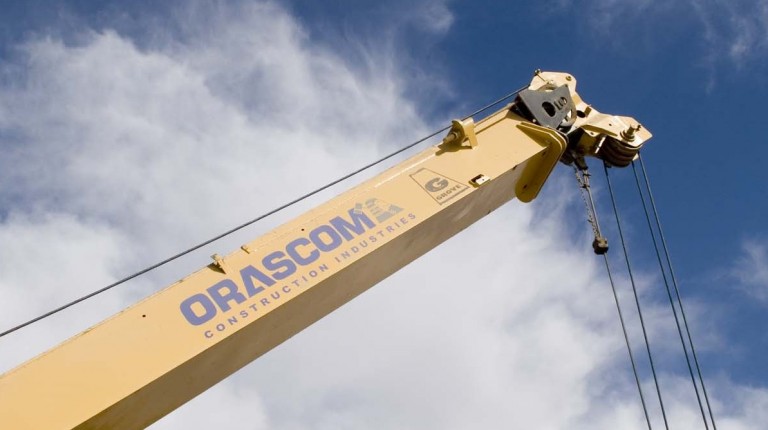 A recent report issued by Pharos Research has anticipated Egypt to remain the main driver of Orascom Construction’s profitability on investments in infrastructure.

The company’s backlog is currently skewed towards Egypt (70% of backlog), which should reflect positively on blended EBITDA margin and bottom line going forward, given that Egypt has the highest margins.

“We expect Egypt to account for 72% of top line over our forecast horizon and we expect the MENA EBITDA margin to range between 9.2% and 11.0%.  We foresee Egypt’s EBITDA contributing over 90% to EBITDA during our forecast horizon,” the report noted.

The report also counts on the backlog to remain skewed towards infrastructure projects, given that high lending rates will restrict investments in capex. It forecasts total awards to hover around $2,175m in fiscal year (FY)19 and to grow post FY 19 on interest rate cuts.

The report also presumed the US to overshadow the MENA’s performance.

“If we mute US losses in the first nine months of 2018 (9M18), attributable net income would have recorded $151m. Post the completion of IFCO and Natgasoline, we expect US operations to swing into positive territory, however, contribution to EBITDA will remain around 5% of total EBITDA.”

The report foresees BESIX to generate $38-43m per annum during its forecast horizon to OC.

Pharos cut their FV to EGP 180/share on fewer than expected awards and deducted 0.25% of Egypt’s revenue for healthcare tax.

“BESIX contributes $2.5/share to our FV and we value OC at $7.6/share. We expect the company to maintain its pay-out in the absence of guidance regarding expansion plans. OC is currently trading at FY 19 piece earnings (P/E) ratio of 4.9 and enterprise value (EV)/EBITDA of 3.2.”

Meanwhile, another research note said that EK Holding’ Sales in the year’s third quarter (Q3) were impacted by the weak industrial sector, while margins were pressured by methanol prices.

The quarterly decline was mainly caused by a drop in overall volumes and prices on average due to a slowdown in construction and industrial activity. The annual improvement in performance was mainly price driven.

Despite the drop in sales on a quarterly basis, Sprea managed to sustain its gross margin sequentially on a more favourable sales mix. However, gross margin contracted on an annual basis by 5.0pps on the back of higher global methanol prices.

“We expect the capacity expansion to have a notable impact on sales, but not before Q1 of 2019, as noted by management.”

Pharos believes EK Holding is on course to meet their expectations for FY 2018 of $99.6m.

Another recent report issued by Pharos Research noted that Palm Hills sales in Q3 of the year were weak, as competition stiffened on the North Coast this summer, which gave way to almost flat performance y-o-y, and the launch of Badya in Q2 of 2018, which translated into the sharp q-o-q decline.

“We maintain our overweight recommendation of PHDC based on our FV of EGP 5.60/share which is mainly supported by the company’s West Cairo development portfolio,” it added.