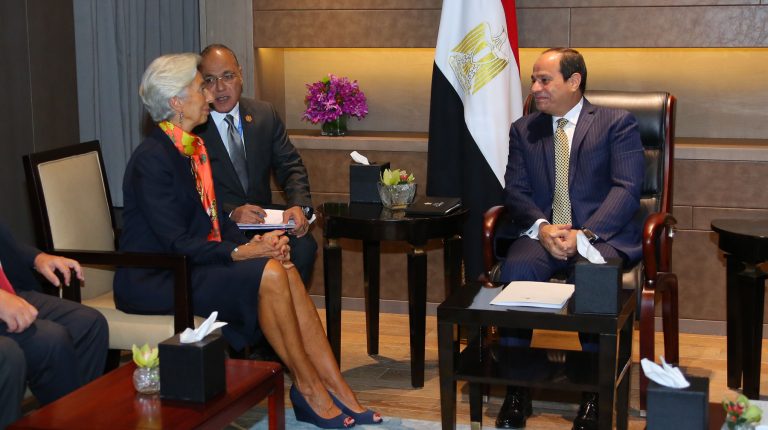 Fakhry Al-feki, economic expert warned Egyptian authorities of postponing some of the measures agreed upon with International Monetary Fund (IMF), explaining that reforms postponement would negatively reflect on International institutions’ trust of the Egyptian economy.

The Egyptian government seeks to postpone a number of measures agreed upon in its economic programme with the IMF for the disbursement of the $2bn fifth tranche of the fund’s $12bn loan to Egypt, three sources informed Daily News Egypt.

According to government statements following the end of the fourth review of the economic programme in October, the disbursement of the fifth tranche was scheduled for December. However, the IMF said a week ago that the fourth review results, which entail the disbursement of the fifth tranche, required more time until further details are finalised with the government.

Al-feki noted that many countries which asked the IMF to postpone the reform measures faced international trust crises in addition to lowered credit ratings, adding, “I hope this case won’t happen in Egypt. Reform postponement may refer to economic policy disorders and incapability of the global developments’ decent projections.”

Additionally, one of the sources said that among those measures under negotiations with the IMF is a fuel pricing mechanism in preparation for floating energy prices in June 2019, in addition to measures linked to subsidies.

A source said that the IMF is flexible in dealing with government demands, and we have already postponed the IPO programme when the market conditions changed in the last two months.

He added that among the reasons for the postponement of these reforms was the fear of outraging the public, as it would coincide with the protests currently witnessed by a number of countries across the world.

The vote by the executive board of the IMF to approve the fourth review of Egypt would secure the disbursement of a $2bn tranche to Egypt, the fifth of a $12bn extended loan facility approved in November 2016. The government has already received $8bn.

The IMF did not elaborate on the nature of details currently being discussed with the government, but usually indicated procedures the government must do before receiving the next tranche of the loan.

The IMF listed Egypt two weeks ago on the schedule of the IMF executive board’s meetings to vote on the fourth review last Wednesday, before being removed without any clarification.

He said that the date for Egypt will be announced on the schedule of meetings of the executive board in due course.

There are no meetings of the executive board of the IMF on its website until the end of the year, which means that the disbursement of the fifth tranche of Egypt may not be until 2019.

The spokesperson for the presidency, Bassam Rady, said that the conversation included a review of the cooperation between Egypt and the IMF, as well as developments in the implementation of the Egyptian economic reform programme.

He added that the Egyptian President stressed the importance of continuing the cooperation with the IMF in this regard, while Lagarde stressed her keenness to continue cooperating with Egypt to complete the programme and her full confidence in the Egyptian state’s procedures in carrying out economic reform measures.