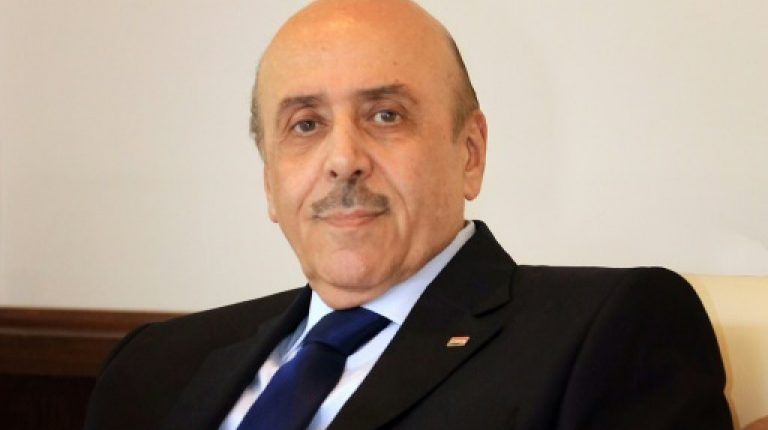 The top aide to President Bashar Al-Assad, and the National Security Chief, Major General Ali Mamlouk, visited Egypt on Saturday to discuss political and security issues, including efforts to combat terrorism, according to Syria’s news agency SANA on Sunday.

This is not Mamlouk’s first public visit to Egypt. During another publicised trip in 2016, Mamlouk and several Egyptian intelligence officers agreed to coordinate their political stands and to strengthen the cooperation in fighting terrorism.

Hundreds of thousands of people were killed in Syria since the beginning of the uprising in 2011. The uprising turned into a civil war, and Al-Assad’s regime brought forces of its Iranian and Russian allies, in addition to the Lebanese Hezbollah, to support him against the armed rebels.

On the other side, hundreds of jihadists from all over the world travelled to Syria to support the Syrian rebels and the Free Syrian Army fighting against Al-Assad.

The latest major update in Syria was the US’s decision to withdraw all troops from Syria. In response to this, Turkey moved masses of troops to its border with Syria on Sunday, near a town held by the US-backed Kurdish forces.

The move came days after the Turkish President Recep Tayyip Erdogan announced that his military will not strike the Kurdish YPG militia, following the announcement of the US withdrawal from Syria.

Erdogan repeatedly vowed to dislodge the Kurdish fighters, whom Turkey views as an extension of the Kurdish insurgents inside its own borders.

Egypt supported the political solution in Syria several times, however, Egypt’s President Abdel Fattah Al-Sisi, during an interview with a Portuguese TV channel in 2016, said that Egypt is siding with the Syrian Arab Army, which is affiliated with  Syrian President Bashar Al-Assad.