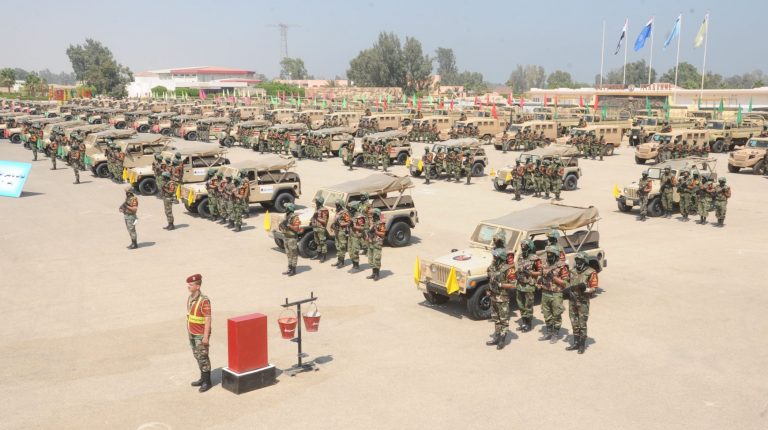 The Egyptian armed forces, in coordination with the interior ministry, have taken intensive measures to secure New Year’s Eve and Christmas celebrations, according to the military spokesperson’s statement on Monday.

It added that the military forces completed preparations to secure citizens at different worshipping houses.

According to the statement, the Commander-in-Chief of the armed forces, General Mohamed Zaki, asserted that all security commanders will ensure that the participating military forces will secure celebrations and address any possible threats in cooperation with the security forces.

Earlier on Friday, the interior ministry said it intensified its security presence at the vital facilities in all governorates in order to ensure a safe environment for the New Year’s Eve and Christmas celebrations.

The ministry said in a statement that it will take necessary and large-scale security measures to maintain security, combat crime in all its forms, and secure civilians during their celebrations.

The security plans will include deploying security patrols and special forces in all vital and significant areas and cities, particularly worshipping houses, the statement added.

On Monday, the Egyptian and Jordanian armed forces carried out joint drills ‘Aqaba 4’ in Jordan, with the aim to enhance military cooperation and combat joint threats.

The drills also aimed to exchange expertise and unify the military concepts.

Both countries’ air forces carried a number of exercises including raids and besieging installations dominated by terrorist elements, airstrike launches, destroying hideouts, explosive devices and ammunition, as well as taking necessary measures to save civilians.