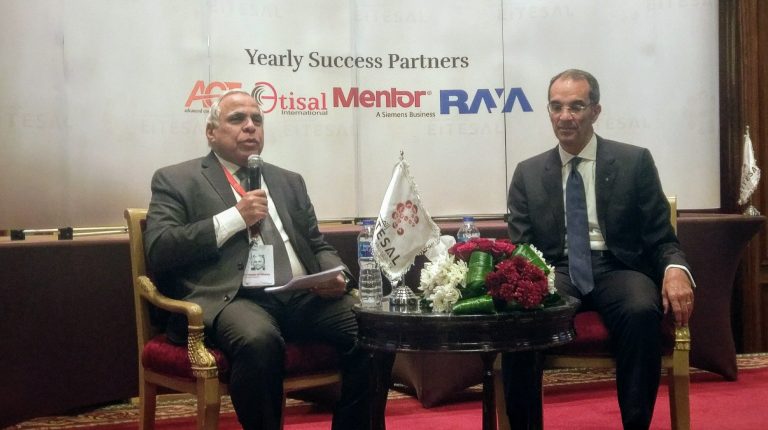 Minister of Communications and Information Technology (MCIT), Amr Talaat, stressed the necessity of developing skills of Egyptian youth in all fields of communication and information technology.

In a meeting entitled ‘Meet the Government’ with the Egyptian Information, Telecommunications, Electronics, and Software Alliance (EITESAL), Talaat said Egypt used to come in third place after India and the Philippines in providing trained and specialised cadres prior to the country’s economic reform. After the flotation, we started to reap the benefits of this reform, as Egypt surpassed these countries because it offers quality products and services at lower costs.

The minister noted that the country lacks qualified and specialised cadres due to high rate of immigration. He called for the need to compensate this shortage by training as much as possible human resources in all sectors.

The sector’s contribution to the GDP in Egypt is relatively low compared to 6% in the Cote d’Ivoire, and 7% in Korea and Malaysia each.

The ministry is currently developing a digital training platform for youth in nine key fields, such as cybersecurity science, and application testing, in cooperation with the Information Technology Industry Development Agency (ITIDA).

Furthermore, Talaat explained that the ministry is also establishing eight creativity clusters in different cities of the Nile Delta and Upper Egypt.

On the other hand, he said that the ministry has established an academy to help people with special needs and train their parents, and seeks to establish a centre for the development of technologies that empowers people with special needs. The ministry has a plan to exploit the country’s four technological parks in Borg El Arab, Assiut, Beni Suef, and Sadat City as forums for youth.

Talaat revealed a new plan for digitalising Egyptian heritage, in addition to enabling the digital transformation of ministries and state agencies. The first and second phases of the project which are to link more than 60 databases together have been completed in order to set up a digital identity for each Egyptian citizen.

Hazem El Tahawy, chairperson of EITESAL, said that this activity is part of their role towards the CIT sector, and urged to find quick solutions to the challenges facing the Egyptian society. He noted that the meeting was the first for the minister with civil society organisations since the formation of Mostafa Madbouly’s government.

Eitesal meets IT companies to discuss developments of e-Export programme