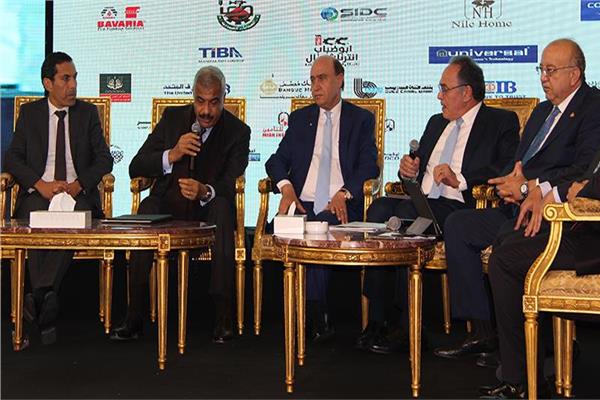 Real estate developers demanded from the Egyptian government to develop a mechanism to provide a mortgage finance with an interest rate that is commensurate with citizens’ income.

During the ‘Urban Development and Industrialisation’ session at the fifth Akhbar Al Youm economic conference entitled ‘Industrialisation…The road to the future’ held on Sunday, developers called for the establishment of a union for real estate developers through issuing a new law to preserve the rights of citizens and developers, as well as to develop a Unified Building Law, in order to encourage the use of modern and sophisticated methods of sustainable and green construction.

Participating developers said that the banking sector has to provide incentives to encourage industrial developers to achieve Egypt Vision 2030.  They also called for unifying state authorities eligible for sale of land and licensing procedures for projects in the North Coast in a single entity.

Hisham Talaat Moustafa, chairperson of the Talaat Moustafa Group, said that the real estate sector has not yet played its purported role in the development of the country, pointing out that it needs long-term financing.

Moustafa added that one of the most important problems facing developers is the lack of funding and the government must reconsider mortgage financing.

He noted that the real estate market is not suffering from a recession, however the market mechanism of supply and demand changes, most notably the state implementation of units for residential segments which is the role that must be played by private sector.

The government has to initiate further mechanisms to support the private sector through involving them in urban development projects carried out by the government, he elaborated.

He stressed the need to find alternative financing mechanism such as funds to support the interest of real estate finance to be able to serve citizens so as to encourage them to own a housing unit and to stimulate the real estate market in the coming period, noting that the real estate sector contributes 30% of the GDP.

He called on the government to support developers by providing land at affordable prices, in addition to offering lands through build–operate–transfer (BOT) system for the implementation of infrastructure projects, and to open the way for specialised international companies to implement these projects through the usufruct system.

Amr El Kady, CEO of City Edge Developments, said that fourth-generation cities provide a great opportunity for developers because the planning of these cities includes industrial lands along with lands for residential purposes.

El Kady noted that City Edge entered new markets to encourage developers, notably New Alamein, adding that the company has begun construction works in New Alamein in February and it has completed a large part of it, which prompted other real estate developers to launch businesses in the city.

“Next year is expected to witness more cooperation between developers and the banking sector,” said Sherif Heliw, chairperson of Marseilia Group.

Heliw pointed out that the banking sector should participate in financing units of 90 sqm areas, in a way that suits the income of Egyptian citizens.

He added that real estate companies during the coming period should study market needs, noting that large units do not suit the needs of customers.

Heliw called on the state to sell lands with required utilities, saying that utilities attract investors. He also called for the unification of state authorities eligible for the sale of land and licensing procedures for projects in the North Coast in a single entity.

Mohamed Sultan, CEO of Palm Hills Developments, said that real estate developers currently act as financier and developer simultaneously, which adds to the burden on their expansion plans.

He urged for the activation of the mortgage and bank financing programmes for companies and customers to encourage them to own their units.

Sultan added that the private sector can help in finding different mechanisms which suit the current situation and culture of the people, pointing out that there is an intensive competition between developers to provide products with the highest quality.

Sultan agreed with Mustafa in his call to initiate a fund with a 2% interest rate, which is very important for developers and customers, criticising the state’s entry into the luxury housing market.