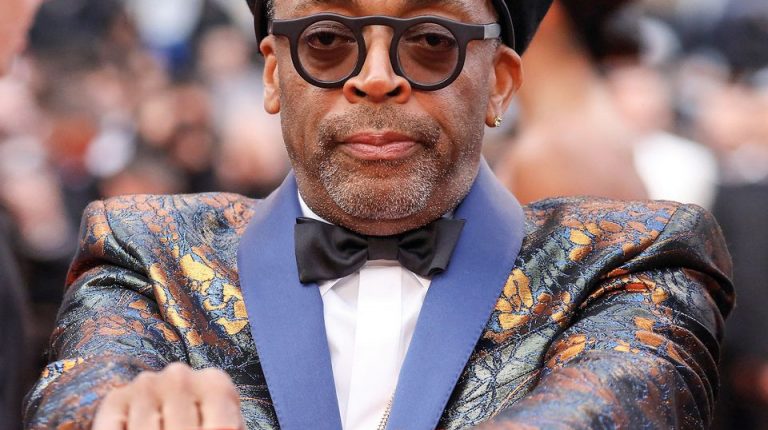 The Film Awards Gala, hosted by Mary Hart and Entertainment Tonight, and presented by American Express, will be held on Thursday, 3 January at the Palm Springs Convention Centre. The Festival will runs from January 3 till the 14.

“Spike Lee has been an outstanding warrior for equal rights while creating an iconic body of film and television work over his 30-year career,” said Festival Chairman Harold Matzner.

“In BlacKkKlansman, Lee directs one of his best and most provocative films about an African-American detective and a white detective who are determined to infiltrate and expose the Ku Klux Klan in Colorado Springs. It is our great honour to present the Career Achievement Award to Spike Lee.”

From visionary filmmaker Spike Lee comes the incredible true story of an American hero. It’s the 1970s, and Ron Stallworth (John David Washington) is the first African-American detective to serve in the Colorado Springs Police Department. Determined to make a name for himself, he bravely sets out on a dangerous mission: to infiltrate and expose the Ku Klux Klan. The young detective soon recruits a more seasoned colleague, Flip Zimmerman (Adam Driver), into the undercover investigation of a lifetime. Together, they team up to take down the extremist group as it aims to sanitise its violent rhetoric to appeal to the mainstream. The Focus Features film won the Grand Jury prize at the Cannes Film Festival.

Spike Lee’s three-decade career includes She’s Gotta Have It; School Daze; Do The Right Thing; Mo’ Better Blues; Jungle Fever; Malcolm X; Crooklyn; Clockers; Girl 6; Get on the Bus; He Got Game; Summer of Sam; Bamboozled; 25th Hour; She Hate Me; Inside Man; Miracle at St Anna; Red Hook Summer; Old Boy, and Chi-Raq. Lee’s outstanding feature documentary work includes the double Emmy Award winning If God Is Willing and Da Creek Don’t Rise, a follow-up to his HBO documentary film When the Levees Broke: A Requiem in Four Acts and the Peabody Award-winning A Huey P Newton Story. In the television arena, Lee is currently in post-production on Season 2 of his Netflix Original Series She’s Gotta Have It, a contemporary update of the classic film.

The PSIFF is one of the largest film festivals in North America, welcoming 135,000 attendees last year for its line-up of new and celebrated international features and documentaries. The festival is also known for its annual Film Awards Gala, a glamorous, black-tie event attended by 2,500 people, presented this year by American Express and sponsored by Entertainment Tonight.

A Germany Year in the US: Opening up the conversation

Lost in Belgrade: Iranian refugees head to Serbia as tourists

Dallas and Cairo: a police story