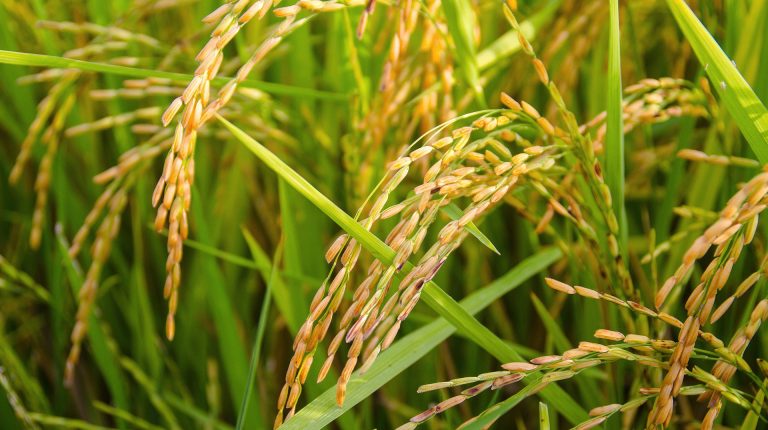 What do you think of when you hear the phrase ‘asexual reproduction’? And how can this technique serve as a solution for our food crisis? For the past 10,000 years, the major world food crop, rice, has reproduced sexually, rearranging its DNA with each generation, and often losing desirable traits until now.

For a long time, scientists, researchers, and agricultural experts have recognised that enabling asexual reproduction in major world food crops would lead a great shift in global agriculture. The research comes amid an international food crisis, as well as the heavy burden of the impacts of climate change and water shortage.

It was an aspiration to enable rice to reproduce asexually, but recently the agricultural dream has come true, as a team of plant scientists, led by professor Venkatesan Sundaresan from the US University of California Davis, have found a way to make rice reproduce asexually.

According to a study which was published last week in the Nature science journal, it is currently possible for a rice plant to produce seeds that grow into its parent’s clone. The new method will eventually allow farmers to plant and replant seeds from the best plant varieties, all without losing any of their valuable traits, most notably the produce or yield. Rice provides over 50% of the daily calories for half of the world’s population.

Daily News Egypt published a review about the extraordinary advance in agriculture, but this week we introduce the study in detail, with comments of the lead author, professor Sundaresan.

According to the paper, many crops that are grown by farmers worldwide are produced by genetically crossing two inbred parent seeds to produce what is scientifically called ‘hybrid seeds’. What is significant about that is that the resultant seeds surpass both parents, a phenomenon of biological synergy known as ‘hybrid vigour,’ sometimes producing twice as much grain yield.

Hybrid vigour is a phenomenon that can occur when crossbreeds of two genetically distinct parents result in an offspring that are more productive than either parent. Such hybrids have been the foundationY of many substantial yield increases in crops such as maize. Unfortunately, the next generation after these crossbreeds will not consistently maintain this hybrid vigour, so the crossbreeds have to be renovated each year.

However, if these hybrid plants could be propagated as clones, then breeders would only have to make the cross once, and then they could faithfully maintain the hybrid vigour each generation. This would greatly ease the ability of plant breeders to develop such hybrids for a wide variety of crop species.

The study of a rice gene called ‘Baby Boom 1,’ abbreviated as BBM1 in Sundaresan’s laboratory was the original idea behind this progress. The study showed that this gene is active in a rice plant’s sperm cells, and it serves as a trigger for the fertilised egg to start developing into an embryo and eventually into a whole seed.

The researchers reasoned that if they could turn the gene on in an egg cell, they might be able to bypass the fertilisation step, triggering embryo growth without sperm, a process called parthenogenesis, according to the lead author of the paper.

After disabling meiosis and introducing BBM1, the egg cells grew into embryos identical to the parent rice plant, eventually forming clonal seeds. These clonal seeds were planted to grow a full rice plant, then they planted its seeds, and continued the process over three generations.

Working on the study took five years, and over 15 years on the general problem of ‘asexual reproduction’ in rice and other cereal crops.

Speaking to Daily News Egypt via email, professor Sundaresan illustrated that his research aimed to understand the mechanism by which embryos are initiated after fertilisation, and then use this knowledge to produce seeds without fertilisation. He believes that what renders the conclusions of his paper important is that it makes the production of hybrid seeds affordable to poor farmers. “If robust hybrids plants could be easier to breed, propagate, and distribute, their cost would be reduced, making them accessible to farmers in developing countries, who are most in need of the extra food,” he said.

Responding DNE’s inquiry about the advantages of the asexual engineered rice, Sundaresan explained that hybrids have 50% or more increase yields due to favourable gene combinations.  In sexual reproduction, the genes and chromosomes are shuffled, therefore, the progeny of high yielding hybrids can have low yields. Hence, farmers have to buy new hybrid seeds every planting season. But if the hybrid reproduces asexually, the progeny will also have the same favourable gene combinations, and will also be high yielding, enabling poorer farmers to afford planting hybrids in following seasons.

According to the lead author, the results of the study can be applied to any hybrid variety that has been developed for any special condition. He also said that the produced rice will consume the same amount of water as the parental hybrid.

Chad Niederhuth, an assistant professor of Plant Biology at Michigan State University in the US, described the study as impressive. He told DNE that the study formulates an important development in our basic scientific understanding of the mechanisms regulating plant embryogenesis, the process by which embryos are formed and develop.

He further added that we do not fully understand how these parent-specific patterns of expression drive embryo development. But what this study shows is the important role of the BBM1gene in contributing towards regulating embryo development, which early on is expressed only from the father’s part of the genome. They further show that two other similar genes, Baby Boom2 (BBM2) and Baby Boom3 (BBM3) have a somewhat redundant role in this process.

Praising the effort of the researchers of the study, Niederhuth said that the authors executed an extraordinary additional progress and altered the normal pattern of BBM1 expression by turning on the mother’s copy of the gene before fertilisation from the father occured. When they did this, the embryo development proceeded, resulting in haploid plants, which have only one copy of the genome. In this case that one copy of the genome comes from the mother. Methods of creating such haploid plants are a valuable tool for plant breeding.

“They did not stop there however, the next thing they did, I think was truly ingenious,” he said. “There are two types of cell divisions that occur in plants and animals. Mitosis is how most cells in plants and animal bodies develop and it creates new cells with copies of genomes from both parents,” he added.

Niederhuth explained further that “the second type of cell division, called meiosis, creates the reproductive cells of the egg (mother) and pollen (father). These cells are haploid. Previously, a method called ‘MiMe’ was developed that substitutes mitosis for meiosis, which creates reproductive cells that are diploid. like the parent plant.”

He added that by combining the BBM1 expression method with this MiMe method, the authors showed that in some cases they could skip normal sexual reproduction and instead reproduce rice asexually. This results in the production of seeds is ultimately a clone of the parent plant.

Such clonal reproduction has been known to occur in certain plant species, but plant scientists have been trying to find methods of engineering it in crop plants for a long-time, as it would be extremely useful for growing hybrid plants, according to Niederhuth.

“While we don’t know for certain if it can be applied in other crops, it most likely can be. These same genes are found across a wide range of crops. Hence, it should be possible to effect the same changes in different crops. However, this needs to be tested,” he said, adding that “while this study represents a major breakthrough, it should be recognised that it didn’t work all the time. Therefore, the method will require further development and refinement.”

But the method of genetic engineering which the study has depended on is not internationally accepted, and there are considerable concerns about the use of genetically engineered foods.

Ahmed Abdel Gawad, assistant professor of Botany at Mansoura University said that wildlife plants could be a safer passage rather than reproducing engineered crops which could have negative impact on our health and environment. Abdel Gawad told DNE that there is an international trend to boycott and general unease towards genetically modified organisms (GMOs).

Despite the revolutionary role of genetic engineering in producing cereal crops, several researchers and institutions particularly in Europe (France for example) are boycotting these products.

In Egypt, rice crop is constrained to the Nile Delta, which is webbed by a network of canals and channels. Most of the rice crop is irrigated through agricultural drainage water, and not water directly sourced from the Nile, according to a study by the US Department of Agriculture.

The country has lately reduced the area dedicated to planting rice in the Nile Delta to cope with the shortage of water. However, there are other alternatives such as Oraby rice, which uses considerably less amounts of water than the known species of rice in Egypt, according to Said Soliman, professor of Genetics at the Faculty of Agriculture, Zagazig University.

Soliman previously told DNE that he has developed a rice species called Oraby, whose age takes about 120 days compared to145 days for normal rice. He added that Oraby rice could be cultivated twice a year and consumes less amounts of water.