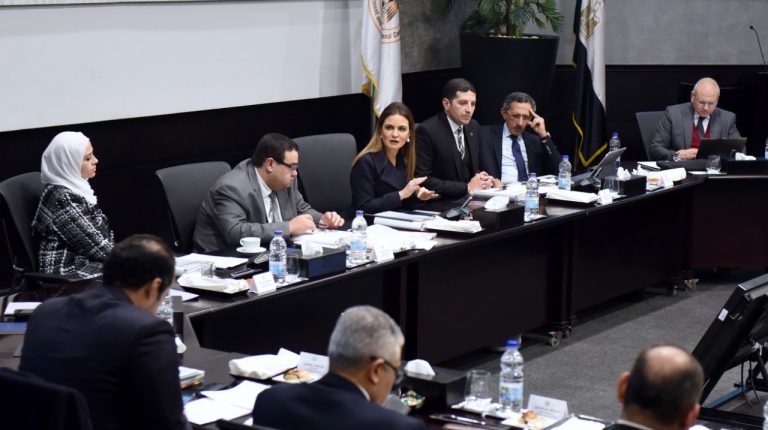 The Board of the General Authority for Investment and free zones (GAFI) held a meeting topped by the Minister of Investment and International Cooperation (MIIC), Sahar Nasr, in presence of GAFI’s CEO, Mohsen Adel, to discuss the establishment of 19 new investment free zones in some governorates which will contribute towards boosting investor services.

The GAFI’s board exposed a number of procedures that integrated with the structural and organisational procedures which aim at improving the Egyptian investment climate, according to a Wednesday ministerial statement.

The statement said that GAFI is working on establishing seven free zones in Minya, South Sinai, New Ismailia, Giza, Dakahlia, Aswan, and Kafr El Sheikh, noting that the seven regions are expected to include over 1,000 projects and contribute to the provision of about 120,000 jobs.

Nasr said that MIIC and GAFI began to activate the project of automating work procedures in the free zones through providing all the procedures on the MIIC website which saves a lot of time, effort, and speed of ending the procedures in an unprecedented way with the aim of simplifying procedures.

Furthermore, Nasr noted that automation of the work procedures in the free zones began in Nasr City’ public free zone as a prototype, adding that the project will be generalised in all the free zones.

The new system aims to link the databases of the single project with the different regional administrations, as well as perfectly supervise the projects to prevent any attempted smuggling due to the frequency of incoming and outgoing messages.

Moreover, Nasr asserted her efforts to remove any obstacles facing investors in the free zones, pointing out that the GAFI is working on developing free zones’ systems in order to achieve competitiveness with free zones in the Middle East and North Africa.

Additionally, the GAFI’s board discussed future legislative reforms to facilitate procedures for investors after the minister recently issued a decision to amend some provisions of the executive regulations of the Corporations’ Law to include joint stock companies, shareholding companies, limited liability companies, and one-person companies.

Legislative reforms aim to remove any obstacles that companies may face and match global developments in order to provide an appropriate climate for investment in Egypt.

The board continued discussing issuing investment zones’ internal regulations’ draft in the framework of achieving a shift in the GAFI’s developmental plans for the free zones as the last update of the draft was conducted 10 years ago.

An update of the draft is required because the GAFI is working to establish 12 new investment zones in Benha; Arab Al-Oulaqiat in Qalubia governorate; the land of Tanta oil plant in the same governorate; Mit Ghamr in Dakahlia; Al-Saff in Giza; Damietta; Sharqia and City Centre Almaza in Cairo; Ataqa in Suez; the expansion of the free zone in Ismailia; North Sinai and Aswan.