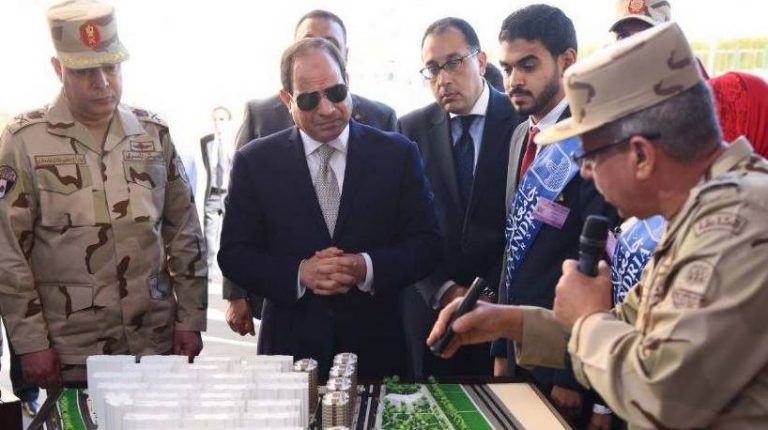 “Each official should be aware of the money he has (for the project). As people get their rights, the state should get it too,” Al-Sisi stressed during his speech at the inauguration of Bashair Al-Khair project in Alexandria.

Al-Sisi emphasised the significance of signing contracts between the government and private companies that conduct national projects so as to protect the state’s rights.

Furthermore, Al-Sisi criticised people who break the law and violate the rights of the state, asserting that there are no compromises on these rights and their dues will be collected.

The inauguration ceremony was attended by Prime Minister and Minister of Housing Mostafa Madbouly, the Governor of Alexandria, Abdel Aziz Qunswa, and other high-profile state officials.

The Bashair Al-Khair 2 is the second stage of the development of the Ghet El-Enap area in Alexandria. The first stage included establishing around 1,632 housing units, while the second one targets to construct 18 housing blocks including 37 buildings and 1,869 housing units.

Earlier on Tuesday, Al-Sisi praised the role of late President Anwar Sadat in the 1973 October War, describing him as a “hero.”

During his speech to mark Sadat’s 100th birth anniversary, Al-Sisi said that Sadat made a brave decision to go to war, suggesting that his biography will continue to be inspirational for the coming generations.

Moreover, Al-Sisi added that the October War paved the way for peace, referring to the Camp David Accords signed on 17 September 1978.

In addition, Al-Sisi received the Head of the Saudi Shoura Council, Abdullah bin Mohammed Al-Sheikh, during his current visit to Cairo among a parliamentary delegation.

Al-Sisi praised the Kingdom and its “valued positions in support of Egypt across all levels, which reflect the historic bonds, as well as the firm and steadfast strategic alliance between the two countries,” an Egyptian presidency statement read.

Al-Sheikh stressed that “the Saudi government and the Saudi people value the firm historic bonds and close relations they share with Egypt,” the statement noted, adding that he reiterated that the Kingdom is committed to strengthening cooperation with Egypt in all levels.