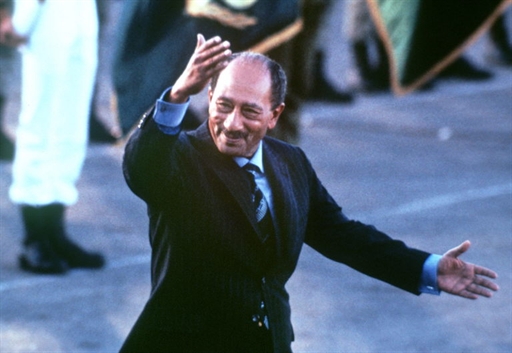 In state-owned Al-Akhbar daily, Karam Gabr highlighted Sadat’s ‘shock’ policies, describing him as a daring man, hard to predict. In one example, Gabr accounted for how the former president, a few days before the 6th of October War, gave army officers and soldiers vacations, released some political detainees, and ordered the media to provide entertaining, distracting content, which would give the illusion of a relaxed environment. Then, he totally surprised the Israelis, Gabr continued. After that, Sadat, a visionary leader in the writer’s opinion, realised he could not win the war by fighting the US, instead opting to free the land through a peace treaty. However, Gabr pointed out that his mistake of trusting the Muslim Brotherhood led to a chaotic situation and his assassination.

This openness to the Brotherhood was the subject of Salah Montasser’s opinion piece in state-owned Al-Ahram. Montasser described this as ‘Sadat’s worst decision,’ mistakenly believing he would gain their loyalty, and thus useful for his fight against the communists and Nasserists, which he blamed for the 1977 protests against price hikes. But the Brotherhood was neither loyal to him nor to former leader Gamal Abdul Nasser, whom they plotted to assassinate even though he thought he levelled them after the 1952 coup.

Mohamed Hassan El-Alfy, in a piece for privately-owned Masrawy website, explored the relation between the regime and the media, identifying the major conflict between the two about leadership: who sets the agenda? El-Alfy argued that the problem is not what agenda the media is pushing forwards out of professional duty to inform, question, and hold the rulers accountable. The issue lies in the ruler’s agenda, which reflects his own views and background, and requires that he fights the media if it goes against it.

On a related topic, Assem Bakry tackled in the private Al-Watan newspaper, the issue of government media advisors, suggesting they hinder the flow of information and are hard to reach by the media, including bureaucratic procedures and improper coordination.

Does the United States not know what’s happening in Egypt?