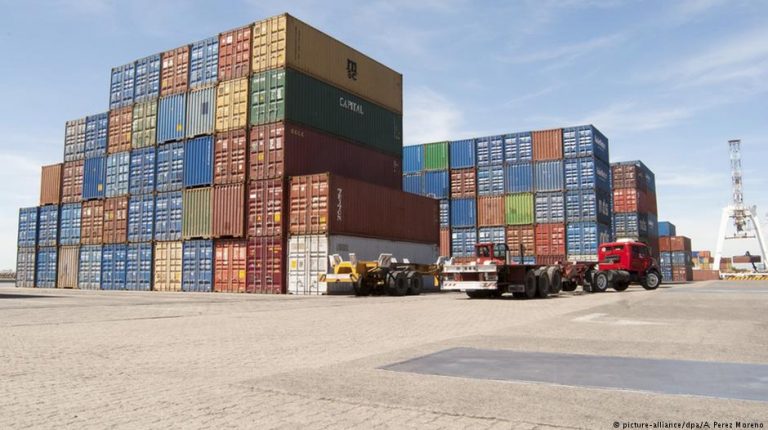 The EU and Japan will soon become the world’s biggest free trade area. But this record might be short-lived with Brussels chasing a deal with South America’s Mercosur, EU’s Cecilia Malmström has said.After the trade deal between the EU and Japan goes into effect on February 1, Brussels will focus on clinching a deal with South American Mercosur group before the end of next year to form an even bigger trading bloc, EU Trade Commissioner Cecilia Malmström told the German DPA news agency on Saturday.

The Mercosur trade area includes Argentina, Brazil, Paraguay, Uruguay, and Venezuela with the total population of some 260 million people. Venezuela's membership has been suspended in 2016 due to issues including its human rights record.

If the deal is completed, businesses on both sides of the Atlantic could save billions on tariffs.

The EU and Mercosur representatives have been working on a free trade deal since 2000. Earlier this year, Argentina's foreign minister Jorge Faurie said the accord might be concluded by September, but the talks have seemingly stalled in recent months.

One of the reasons for the delay was the victory of far-right Jair Bolsonaro in Brazil, EU's Cecilia Malmström told DPA on Saturday. With Bolsonaro set to take office in January, the outgoing government was unable to make clear commitments on trade.

However, there are no indications that Bolsonaro's government would disrupt the talks, Malmström added.

While the EU hopes to ready the deal by the end of 2019, Brussels remains insistent on several issues, including its system to protect food names – such as naming only a special kind of cheese produced in Greece "feta" or allowing only the beverages made in the French town of Cognac to bear the same name. In the past, Brussels has also fretted about the incoming influx of South American beef.

In turn, the South American partners are worried about liberalizing their car industry.

After the UK leaves the EU in March next year, the EU's single market will have some 450 million residents. The economic giant already has trade deals in place with many major countries, including Mexico and Canada. However, the talks on creating a joint trade area between the US and the EU have been halted after Donald Trump took office in 2016.