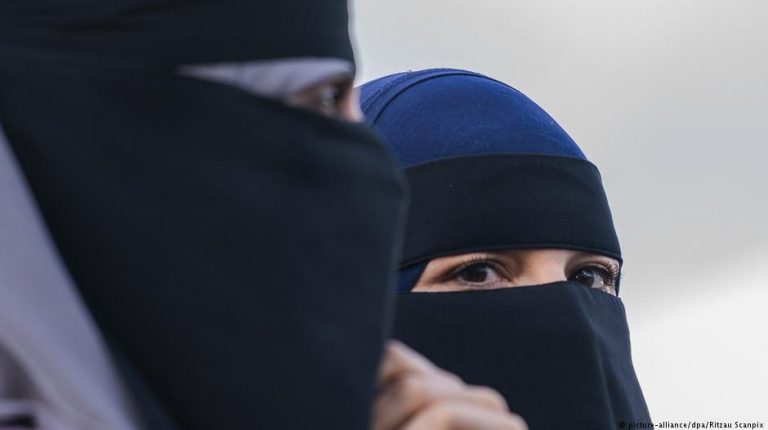 Women in Saudi Arabia are stepping on face veils and posting photos of the act on social media, with some telling how they were forced to cover their face in the conservative kingdom. Others have condemned the campaign.Using the hashtag "the niqab under my foot," several Saudi Arabian women have posted photos of themselves stomping on the face veils some are forced to wear in the conservative kingdom.

The online campaign is the latest protest by Saudi women against strict dress codes in the country. Though there are no federal laws dictating what women should wear, the police and the judiciary have long enforced the dress code in accordance with Sharia — Islamic law based on the Quran which effectively governs the kingdom.

But in recent days, women have taken to Twitter to share their stories about being forced to wear niqabs, a veil in which only the eyes show. Some have discussed the suffocating nature of the garment.

Others simply posted photos showing them stepping on the garment, with some also writing a short text in the post. The one below says, "You made my life miserable. I hate you."

Not all Saudi women are on board with the protest, with some even calling the hashtag "disrespectful" to those committed to wearing the face veils.

Niqabs are not the only religious dress Saudi women have campaigned against recently. Last month, several women wore their abayas — baggy, all-covering robes mandatory for Saudi females — inside out in protest.

Saudi Crown Prince Mohammed bin Salman said in March that women should decide for themselves whether to wear abayas and niqabs and could dress more casually, but Saudi women say nothing has changed in practice.

Each day at 1830 UTC, DW's editors send out a selection of the day's hard news and quality feature journalism. Sign up to receive it here.