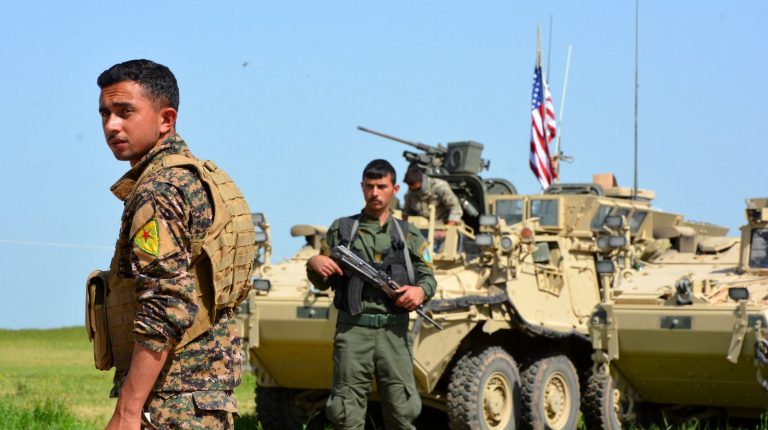 The end of 2018 has seen quite a few months full of action. Crises are sweeping countries across the globe, with a particular condemnation of economic distress and increased concern for deteriorating human rights circumstances.

US-Saudi relations are closely monitored for their impact in shaping regional policy, as Crown Prince Mohamed Bin Salman, the country’s young Saudi leader, has come under fire over the murder of journalist Jamal Khashoggi as well as atrocities in Yemen.

A ceasefire in Yemen’s Al-Hudaydeh last week has hardly been in place. In a Friday statement, the UN said Yemen’s warring parties have begun the process this week of implementing a comprehensive ceasefire agreement throughout the key rebel-held port city, “raising hopes that ground-breaking consultations convened by the UN in Sweden can lead to a lasting peace through further talks next year.” 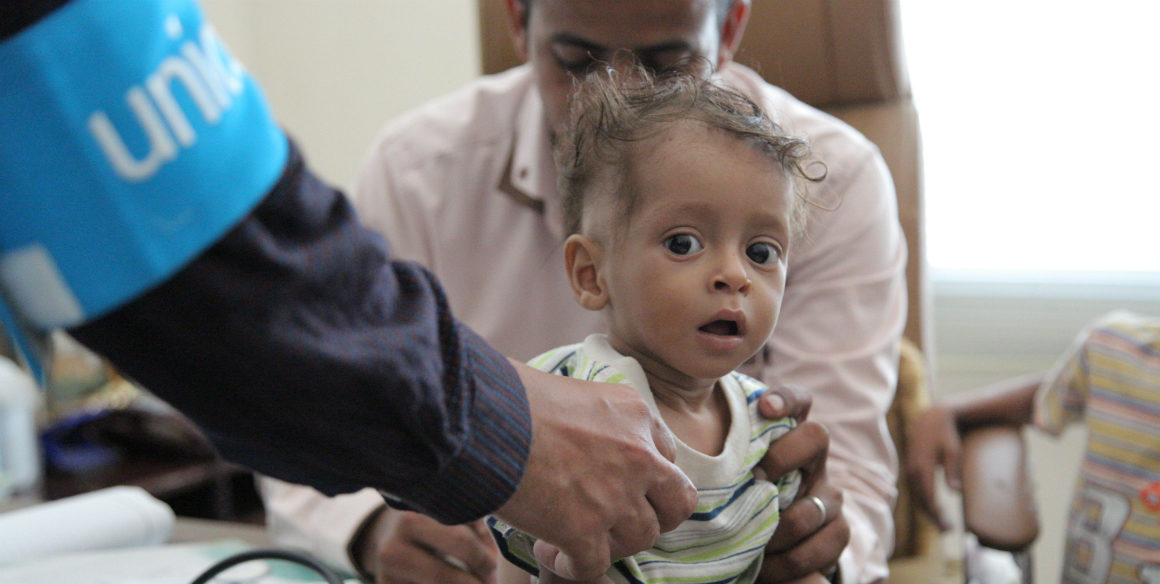 Major US shifts include the decision to halt military assistance for Saudis in Yemen and pull out from both Afghanistan and Syria, where President Bashar Al-Assad has been regaining control. Damascus is in diplomatic talks with Arab countries, including the UAE which has re-opened its embassy and is holding meetings with Egyptian security officials.

More global unresolved conflicts are expected to continue next year.

Dozens of people have been killed in protests in Sudan as they enter their second week. The numbers range between 37 killings estimated by Amnesty International and 19 killings announced by the local government as reported by the Sudan Tribune.

The demonstrations, started on 19 December contesting an increase in bread prices, are likely to continue escalating as more groups are joining in, as the government’s security forces violently pursue and arrest opposition leaders and journalists.

Thousands of Sudanese protested on 25 December in the capital Khartoum among other cities, criticising the economic situation and demanding that President Omar Al-Bashir step down. Repressing the protests, Al-Bashir received support of other government leaders.

A few weeks earlier, France made global headlines for its own turbulence as the ‘Yellow Vests’  movement launched protests in mid-November. Clashes between security forces and protesters turned the landmark Champs Elysee street into a blazing battleground. 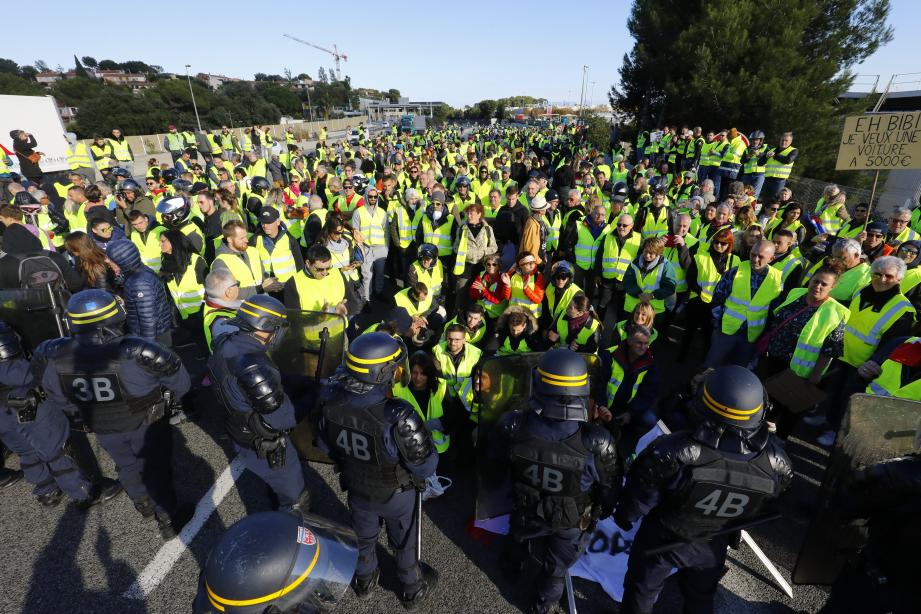 Protesters erupted against fuel price hikes and tax reforms which have burdened the middle class, with a voiced opposition to French President Emmanuel Macron, forcing him to suspend the decision.

But the protests have continued, and more are scheduled to take place on New Year’s Eve, with reports that demonstrators even tried to storm Macron’s summer retreat along the Mediterranean coast last Thursday. Concerns of the impact on the French economy and tourism are growing.

The scenario was reproduced in Belgium with protesters inspired by the French movement which police faced with tear gas and water cannons. “The demonstrations in both countries come from the same sense of struggling to make ends meet every month,” France 24 reported on 9 December.

Iran also witnessed protests in past months over unfavourable economic conditions. There is also a growing fear among governments such as Turkey and Egypt that protests would spread to their countries. Egypt is facing a similar economic situation, where it is lifting subsidies on energy as part of a loan programme with the International Monetary Fund.

In 10 Conflicts to Watch in 2019, Crisis Group’s President Robert Malley writes, “As the era of uncontested US primacy fades, the international order has been thrown into turmoil. More leaders are tempted more often to test limits, jostle for power, and seek to bolster their influence – or diminish that of their rivals – by meddling in foreign conflicts.”

In his report published by the Belgium-based non-governmental group and Foreign Policy magazine on Friday, Malley lists Yemen on top of the conflicts’ list, where he points out to seizing the UN-sponsored ceasefire opportunity is key to stopping further deterioration of the world’s worst humanitarian crisis.

Over 16 million Yemenis face food insecurity, according to the UN. A Saudi-led coalition of Arab states waged a war in 2015 against Houthi rebels to restore the power of the Saudi-backed Yemeni President Abd Rabbou Mansour Hadi.

Second on the list came Afghanistan, which Malley describes as the “deadliest fighting” as he highlights the count of 2018 at more than 40,000 killed civilians and combatants. As US President Donald Trump announced the withdrawal of his troops, fears of an extended civil war emerge as the Taliban controls half the country. A US absence could also leave room for other regional players to meddle.

The rivalry between the US and China is the next conflict to watch, although not deadly, it could have “graver geopolitical consequences than all of the other crises listed this year,” Malley stated, adding that a trade deal would help ease the tensions.

Meanwhile, major players in the international scene include the US, Saudi Arabia, and Israel aligned against Iran. Washington pulled out from a 2015 nuclear deal; the Saudis vow to fight back Iran in Yemen, Lebanon, and Iraq while Israel is confronting Iran in Syria.

In Syria, it seems the regime of Al-Assad, backed by Iran and Russia, is winning the battle, at the same time the war against the Islamic State (IS) group is coming to an end. Malley does not see a problem in the US retreat of ground troops in the fight against IS but hastiness would leave allies like the Kurdish group exposed to Turkey and Al-Assad.

Moving to Nigeria, the presidential election scheduled for February 2019 sparks fear of violence, especially amid the fight between government troops and Islamist Boko Haram militants and other clashes between Muslims and Christians which reached a peak this year, killing at least 1,500 people. 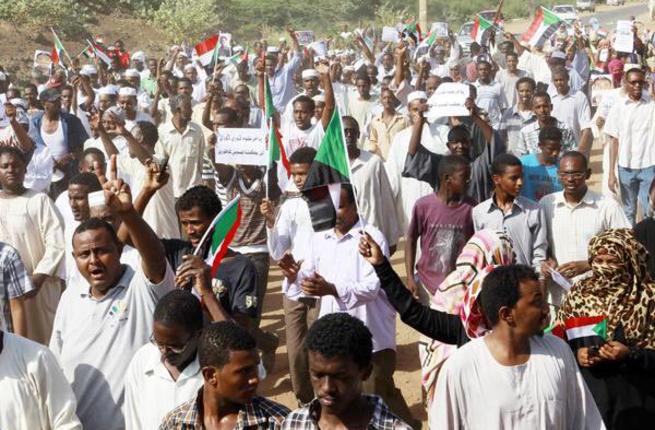 The situation in South Sudan remains unstable despite a ceasefire agreement signed in September between President Salva Kiir and his main rival, the former vice president-turned rebel leader Riek Machar. Protests against President Al-Bashir in the north could also be destabilising for the south.

In the Cameroon, militias are facing government forces. According to the International Crisis Group’s estimates, fighting has already killed nearly 200 soldiers, gendarmes, and police officers, with some 300 injured, and also killed over 600 separatists. At least 500 civilians have died in the violence. The UN counts 30,000 Anglophone refugees in Nigeria and 437,000 internally displaced in the Cameroon.

On a different note, neither the Ukraine nor Russia has taken steps to end the war. In November, Russian and Ukrainian vessels clashed in the Sea of Azov, and Russia effectively blocked access to the Kerch Strait. Meanwhile, fighting in the Donbas continues, and civilians living along the front lines are paying the price. Kyiv refuses to devolve power to Donbas until Russia withdraws arms and personnel from separatist-held areas, which Moscow shows scant willingness to do. Proposals for possible peacekeeping missions have not gone far, the report stated.

Lastly, Venezuela, facing a migration crisis as more people are fleeing economic hardship heading towards Columbia, is feared to provoke a regional crisis. Poverty, malnutrition, and disease are worsened by a government that has stripped the opposition from powers as President Nicolas Maduro is about to start a second term. Malley warns that economic sanctions by the US and Europe could worsen the situation, suggesting that instead, outsiders should discourage talk of armed intervention and press for a peaceful transition, likely involving negotiations on political and economic reforms between the government and the opposition, and some form of transitional administration.

Angela Merkel in Nigeria: Migration in focus at end of Africa trip