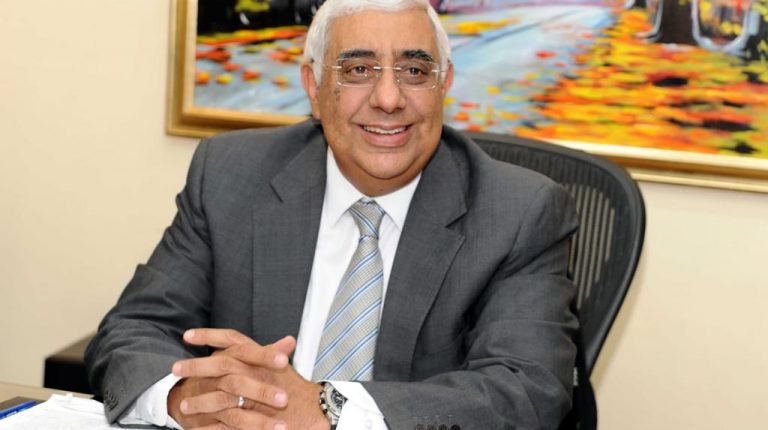 Chairperson of the United Bank, Ashraf El-Kady said that 2018 saw a shift in the bank’s performance, turning profits for the first time since its inception in 2006. The bank has finally incurred profits exceeding EGP 1bn.

According to El-Kady, the bank has strongly participated in a number of national initiatives launched by the Central Bank of Egypt (CBE) and the National Payments Council, which aim to fully transform into a cashless society and achieve financial inclusion.

He explained that among these initiatives was the National Campaign for Financial Inclusion in April 2018 for the second year in a row.

Furthermore, El-Kady added that United Bank also participated in the national initiative to support defaulting customers in July 2018, which will reflect positively on boosting the local industry; increase production; eliminate unemployment; relievie the burdens of citizens; support troubled companies to return to work again, and reducie bank allocations for bad debts. This would increase the ability of banks to channel these funds for the financing of the small and medium-sized enterprises (SMEs) sector, and thus the employing funds for sustainable development plans.

According to El-Kady, the bank launched in December, electronic payments through the Miza national card via the technical link between the network of its own ATM of 200 machines and the Egyptian Banks Company.

The bank also participated in the mortgage finance initiative for low-income and middle-income housing, where it injected EGP 136m to finance 1,800 clients in this initiative, he pointed out.

He explained that the new branches were opened in the areas of Madinaty, Galleria Mall in Sheikh Zayed area, Geziret Al Ward in Mansoura and at the Export Development Authority in the Sixth of October City. This is in addition to new currency exchange offices, bringing up the total number of these offices to six throughout Egypt.

“Microfinance is at the top of the priorities of the United Bank, because of its ability to solve a number of social and economic problems. The size of the portfolio of this fund at the bank reached EGP 80m,” El-Kady said.

He explained that since this type of financing has a special nature, the bank introduced innovative and specialised ways for each industry or service. He pointed out that the bank is considering entering into it strongly in 2019, to increase the productive base and achieve financial inclusion.

El-Kady highlighted that the bank signed a memorandum of understanding with the Industrial Development Authority in May 2018, to increase the investor base, and expand the financing services of the SAMEs sector and provide technical and financial consultations and a range of excellent digital services for these companies.

In December 2018, the bank received a delegation from the Frankfurt School in Germany and the Micro, Small and Medium Enterprises Development Agency (MSMEDA) to study the possibility of providing financing to the United Bank dedicated to women and youth projects.

The bank also signed a series of cooperation protocols with the MSMEDA to maximise the number of beneficiaries of financing programmes, increase the Egyptian components in local production, and improve the quality of the Egyptian products to ensure their suitability for exports.

According to El-Kady, the United Bank had the initiative to sign with the credit query company i-Score, on the collateral registry, which electronically guarantees the registration of all collateral transferred to the United Bank and its customers, which contributes to the development of the financing sector of small, medium and micro enterprises.

He pointed out that the bank also offers non-banking solutions to serve this sector through its United Lease Company, as well as promoting national products and industries, especially those that have a competitive edge in foreign markets.

As part of its role to support Egyptian exports, the bank signed a cooperation protocol with the African Bank for Import and Development to provide a package of financing and insurance programmes against the risks of non-payment and digital banking services to exporters to 50 African countries. The bank also partook in the ‘Egy Med Pro Exhibition’, which specialises in medical manufacturing in Sudan, in addition to its participation in Fairix Damietta 2018.

Additionally, the bank recently received a delegation from the General Union of Bank Workers from Sudan to expand the knowledge foundation and open new banking markets and services between the two parties.

“The United Bank in 2018 was moving towards opening new channels of education to young bankers from the team, in cooperation with the Egyptian Banking Institute, where it included electronic training within the basic training of the institution, to raise the efficiency and skills of the team,” according to El-Kady.

He added that the bank has taken many paths of social responsibility through the management of Ethar, as the year 2018 witnessed a series of important events related to this area in which the bank strongly participated.