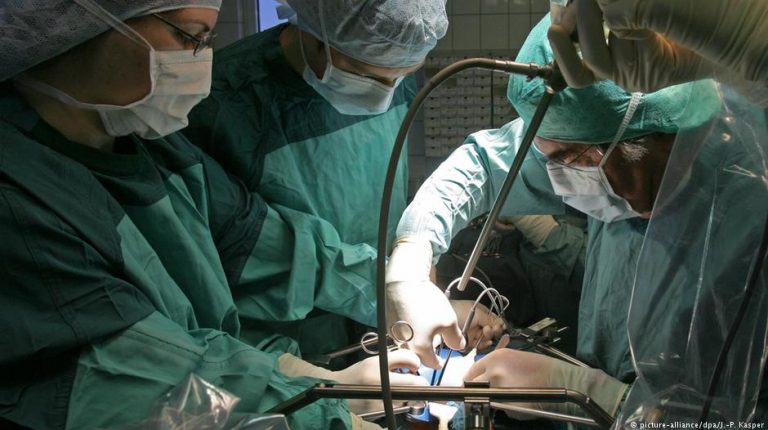 The Cairo Criminal Court started on Saturday the trial of seven defendants charged with human trafficking in a court session on 19 January.

The defendants are accused of fraud and exploiting several individuals’ financial difficulties to force them into selling their organs.

The National Council for Childhood and Motherhood (NCCM) reported the case to the prosecution, after a child’s kidney was illegally removed.

Similarly, In December 2017, General Prosecutor Nabil Sadek referred 41 defendants to the Criminal Court on accusations of human trafficking and trading of human organs. In July, the court sentenced 41 defendants to prison terms of three to 15 years. The total amount of money the defendants gained from these crimes reached more than EGP 20m, the state media reported.

Twenty doctors working in public hospitals with specialisations in urinary tracts, general surgery, and anaesthesia, as well as 10 nursing staff members, nine mediators, and two workers from the Blood Bank were accused of carrying out 29 surgeries to transfer organs to foreign patients, according to state-owned media.

According to a law passed in 2017, individuals who perform an organ transplant by deception or force can face a life sentence in prison, fines between EGP 1m to EGP 2m, or a death penalty if their operations result in the victim’s death.