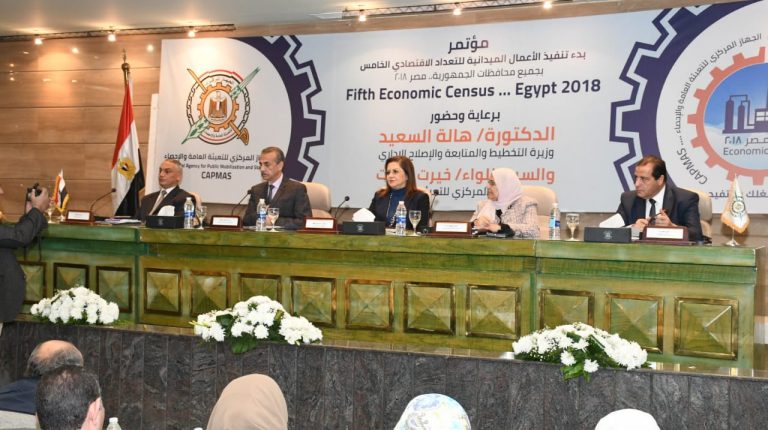 The Chief of the Central Agency for Public Mobilisation and Statistics (CAPMAS) Khayrat Barakat announced the launch of fieldwork for the fifth economic census of 2018 in all governorates.

During a press conference on Sunday, Barakat said that the economic census is one of the largest statistical projects conducted by all countries of the world, noting that economic censuses are the main means to collect data on all economic establishments of different types and levels. They also provide a comprehensive database of all the fundamentals of economic activities in different sectors according to the latest international concepts and standards.

“The aim of the economic census is to provide a complete picture of the structure and characteristics of various economic activities and their geographical distribution which can be used to measure economic growth, and the value of inputs and outputs of each economic activity,” Barakat said.

Barakat revealed that the agency will launch an integrated information campaign accompanying the implementation of the economic census for all its stages, in order to educate the owners of the establishments about the importance of this census, and cooperate with the agency representatives to give accurate and correct data about their economic activities.

He added that the census will continue until the end of May 2019, followed by a stage of data review and extraction of statistical tables, noting that the results will be announced in October 2019.