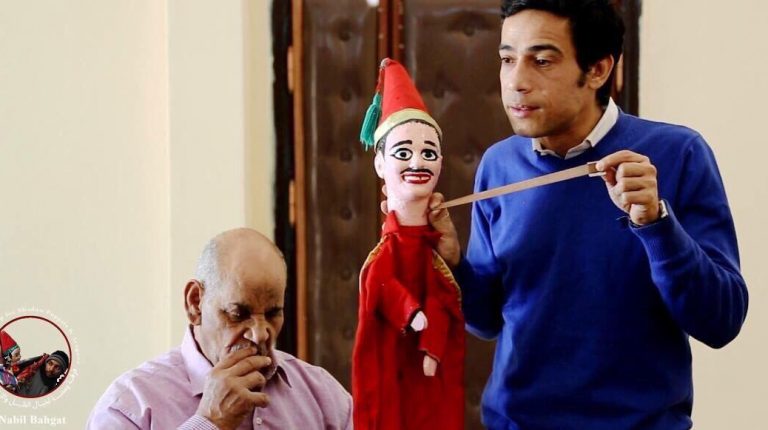 For hundreds of years, Egypt’s most famous traditional puppet show ‘Al-Aragouz’ was an irreplaceable part of the Egyptian heritage. As many others, Al-Aragouz faced the threat of being buried beneath the layers of the modern western culture taking over the society. Nonetheless, Nabil Bahgat, a passionate Aragouz fan and the head of the Theatre Department at the Faculty of Art, Helwan University, gave the distinguished art a chance of revival, by fighting for it until it was admitted to the UNESCO’s Intangible Cultural Heritage List, at the end of November in Mauritius. For 18 years, Bahgat has been fighting for the heritage to see the light and help in spreading it among people again. He established the Wamda Troupe, the only band in Egypt still performing Al-Aragouz shows at Bayt Al-Suhaymi every Friday.

Bahgat also wrote the only book chronicling the existence of Al-Aragouz in the Egyptian society. He wrote and applied Egypt’s folder to the UNESCO, which was later accepted and admitted to announce that the wooden puppet is one of Egypt’s art heritage.

Al-Aragouz is a wooden marionette puppet that is about to be revived within city life. It was first presented to Egypt during the Fatimid era. The historical books could not detect the origin of the puppet, but it was stated that it was not originally created in Egypt.

When it first came to Egypt, that type of art was only exclusive to the sultans and the elites. The art gained wide popularity in Egyptian society as it reflected the political, cultural, and economic situation of the people through the puppets which appeared in different shapes and roles.

Throughout the years, Al-Aragouz widely spread among all social classes and became an inseparable part of Al-Moulids (Prophet’s birthday celebrations). It started fading away with the appearance of animated shows on TV.

In an interview with Daily News Egypt, Bahgat shared his lifetime journey with Al-Aragouz, the details of applying Egypt’s folder to the UNESCO, and his future plans to help spread it across the Egyptian society, the transcript for which is below, lightly edited for clarity:

What drove your passion to adopt the issue of Al-Aragouz?

When I was a little child, I was walking down a street to see an old man performing this art for free for the children in this area, without even charging any money for it. From that moment onwards, this moving puppet captured my heart, and the values it taught me are still carved in my heart. This old man showed me a lesson that I believe in till now: art is a matter of granting people values for free.

When I grew older and studied theatre, I saw that our society began looking for theatrical arts in Europe, forgetting that we had this form of art, hundreds of years ago before they even did, without referring to this form as being ‘theatrical’. That is when I decided to adopt the issue to revive the forgotten art. 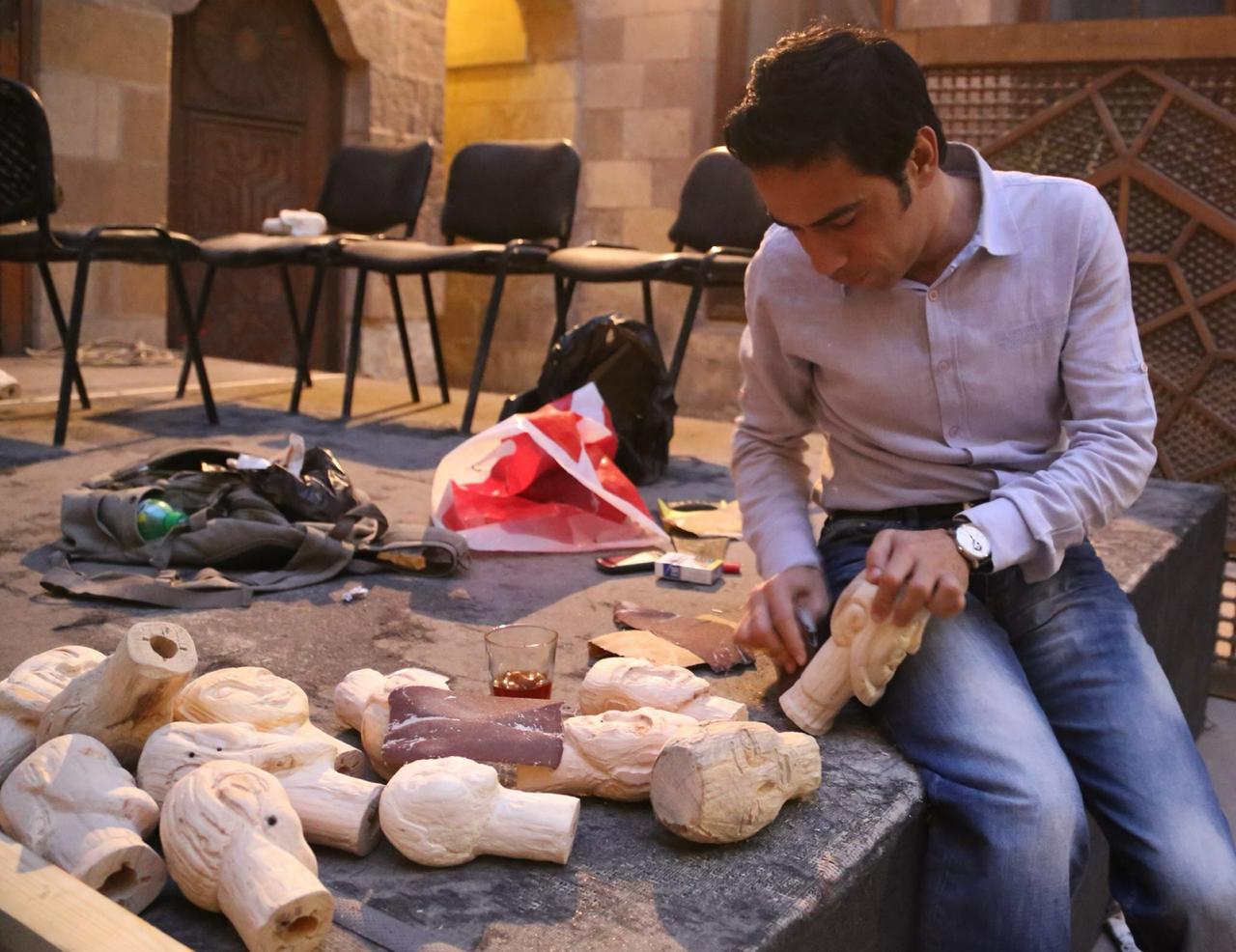 What is unique about Al-Aragouz which makes it different from any other art heritage?

The cost of creating Al-Aragouz is very cheap. It only takes to make the puppet, create the small theatrical box, and a well-trained artist performing it. It is considerably less costly than any other art heritage. Plus, it depicts all three major life aspects, namely, religion, politics, and society.

Al-Aragouz plays are not only for children as they convey concepts that can be understood by both adults and children, each on a different level. Moreover, the core of these plays is always to transmit values and ethics.

Why did you start the Wamda Troupe?

When I grew up, I kept on looking for people performing Al-Aragouz, but I was always met with failure. I roamed the country’s Mouleds, keeping in mind that that they are the hub of traditional cultural arts, yet I could not find any. I later deeply searched for the art, but I barely found any authentic books chronicling it. That is when I thought I should start a troupe performing Al-Aragouz.

I searched until I found two remaining Aragouz players in the whole country who were delighted to form the troupe with me, along with four other members. Until now, we are the only troupe performing that show every Friday at Bayt Al-Suhaymi.

How much is the turnout from the Al-Aragouz shows which you hold every week?

The theatre gets filled every week with people coming from all across Cairo wanting to see the show. This is the main indicator telling us that with greater attention to it, this kind of art has a high potential of revival to spread it across the country.

From what we have seen so far, people still need Al-Aragouz in their lives to teach them and their children new values and ethics, while manifesting their lives on the theatre. 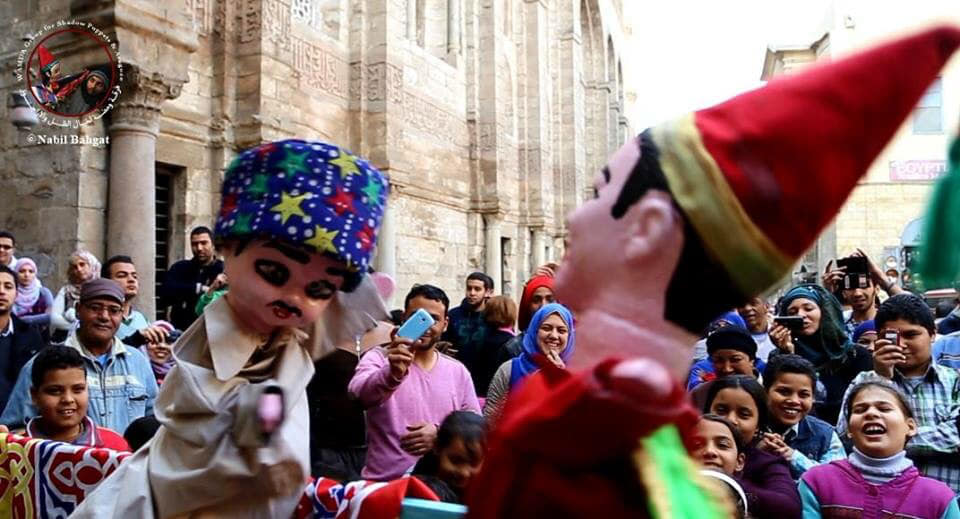 Can you elaborate on the Al-Aragouz folder which you filed to the UNESCO earlier this year?

I believed I was responsible for keeping Al-Aragouz and documenting it in history, as well as to save the art from extinction. That is why I prepared the folder in which I wrote about the art’s history, explained the Wamda Troupe and their attempts at reviving that heritage, and the increasing attraction it could receive with invested efforts aiming to revive it. The folder also included the future plans of keeping Al-Aragouz in the culture, through the establishment of a school with the purpose of teaching young people that specific art. When the committee looked into the folder, they stated that it is a heritage worth listing.

Now that it is stated at the Intangible Cultural Heritage list, what is the future of that school?

Part of listing Al-Aragouz in the committee means funding a school that will be responsible for teaching young people the aptitudes of that art, the ways of making the puppet, and the voice techniques required to present the different characters in the show, each with a different sound.

We are currently establishing a committee to discuss the professors who will be at the school and the exact launching date.

We have come to agree that the school’s programme will last for six months, as we believe it is enough time to teach students the basic required skills to perform that art. 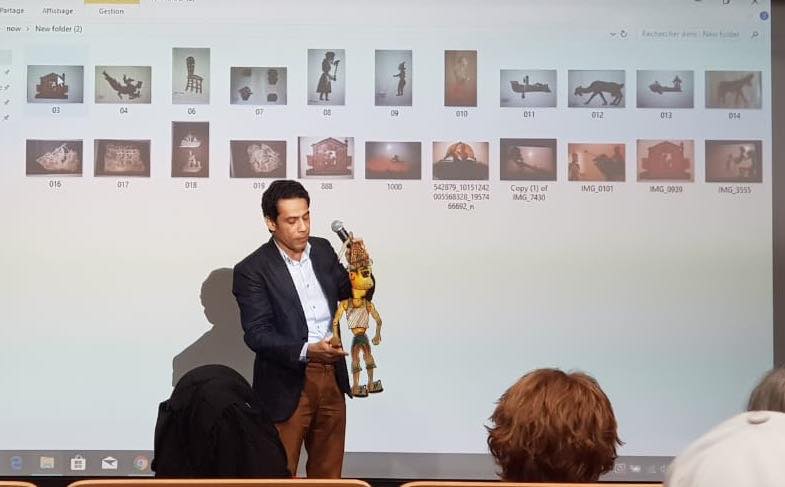 Why did it take so long to admit Al-Aragouz into the list?

In Egypt, the files to be admitted to the UNESCO are prepared through individual efforts, not through public or private organisations. I had to personally fund the preparation of the folder, and apply it to UNESCO, as well as follow-up on the process through the Egyptian Society for Folk Traditions, which is an NGO responsible for documenting and reviving the distinguished heritage.

This folder is the outcome of an 18-year-effort which I spent documenting this art in order to rescue it from vanishing. It contains all the details of that art, starting from its past, with plans to adjust its future.

After all of these efforts, how do you currently feel after it has been admitted to the UNESCO’s list?

I’m thrilled, excited, and happy that my endeavours were not wasted. I exerted significant effort into reviving that art and seeing it internationality recognised now, is a dream come true. Did you receive any support from the ministry of culture?

I cannot deny that I had some support. The ministry granted us Bayt Al-Suhaymi as a place to perform our shows weekly, and it also pays for the troupe’s salary. However, I did not have any other form of support when I applied for the folder or financed its preparations. Even when the show was admitted to the list, the ministry did not mention any of my efforts, which was disappointing,

What are your future plans regarding Al-Aragouz?

I have spent my lifetime concentrating on Al-Aragouz. I did not get married or have any kids, and the only future I am thinking of now is that of Al-Aragouz’s. The troupe is currently working on renovating and modernising the plays of Al-Aragouz in order to give it a sense that will match the current generation’s, the modern lifestyle, and the current social and political struggles. Now that the old plays are documented, we are working on adjusting them to come up with an updated version to attract more people, and work on spreading the art among the society once again.