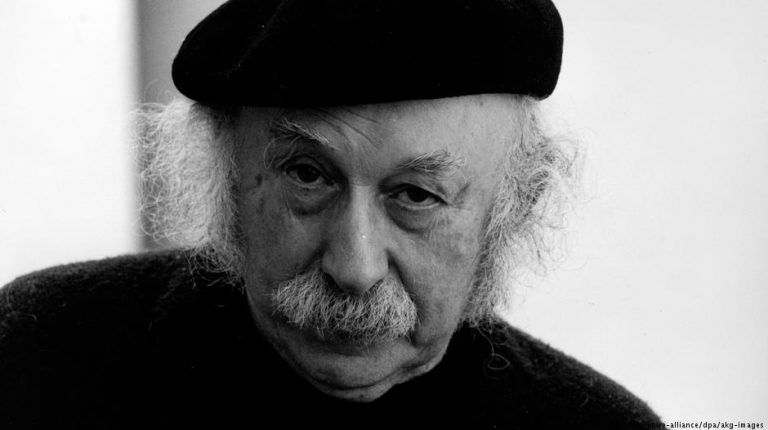 The German-Jewish author fought long and hard to get his best known work published, “The Nazi and the Barber,” which was a worldwide — if controversial — bestseller. He fled Germany in 1938, but eventually returned.Elgar Hilsenrath died at 92 on Sunday in a hospital in Rhineland-Palatinate following a lung infection, his French publisher announced on Monday. Hilsenrath's wife, Marlene, confirmed the writer's death on Tuesday to the German Press Agency.

The German-Jewish author reached international fame in the 1970s with his work, The Nazi and the Barber. It presents the Holocaust as a dark comedy of mistaken identities told by a mass murderer.

"At 92, Hilsenrath was obviously quite old, but he had a will of iron and he enjoyed life," Kubota added. "He always knew what he wanted."

Nazi Germany to Ukraine to the US

Hilsenrath was born in 1926 in the eastern German city of Leipzig. In 1938 he and his parents fled to Romania to escape the Nazis. He was later taken to Ukraine. Using fake documents, he was able to travel through Turkey and Syria to Palestine, where he supported himself by first working on a kibbutz, a Jewish agricultural collective, and then washing dishes in Haifa.

In 1951 Hilsenrath immigrated to the US, where he began to write. His first novel, Night (1964), described the fight for survival in a Jewish ghetto in Ukraine. Initially published in English only, it was later translated into German and became a hit. Hilsenrath returned to Germany in 1975.

Read more: How German literature came into the world and where it stands today

Lots of rejection, lots of success

His most well-known work, the satirical The Nazi and the Barber was rejected by 60 German publishers, who argued that the Holocaust could not be satirized. Written in German, the novel was published in translation in the US in 1971 and in Germany only six years later to popular success and literary acclaim.

Hilsenrath's other works include the novel The Story of the Last Thought (1989) and his last work, Terminus Berlin (in German, 2006).

During his lifetime, Hilsenrath received numerous literature prizes. His works have been translated into over 18 languages and have sold over 5 million copies worldwide.