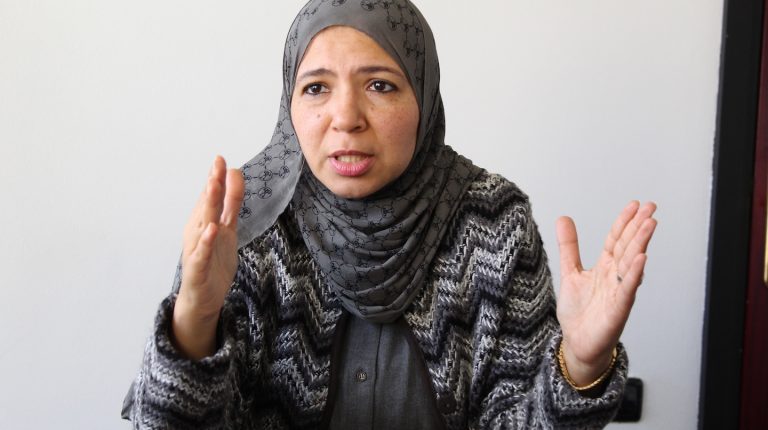 Nahdet Misr has been diversifying its investments over the last three years, taking advantage of the technological revolution in order to spread cultural content to pump investments worth EGP 600m.

Dalia Ibrahim, CEO of Nahdet Misr Publishing House, a subsidiary of the Nahdet Misr Group, said that the mother company turned from a publishing house into a content provider in the last 20 years for all age groups and all sectors, including entertainment, education, and culture. The company diversified its structures but did not neglect printing, in which it invested EGP 300m in the last two years. 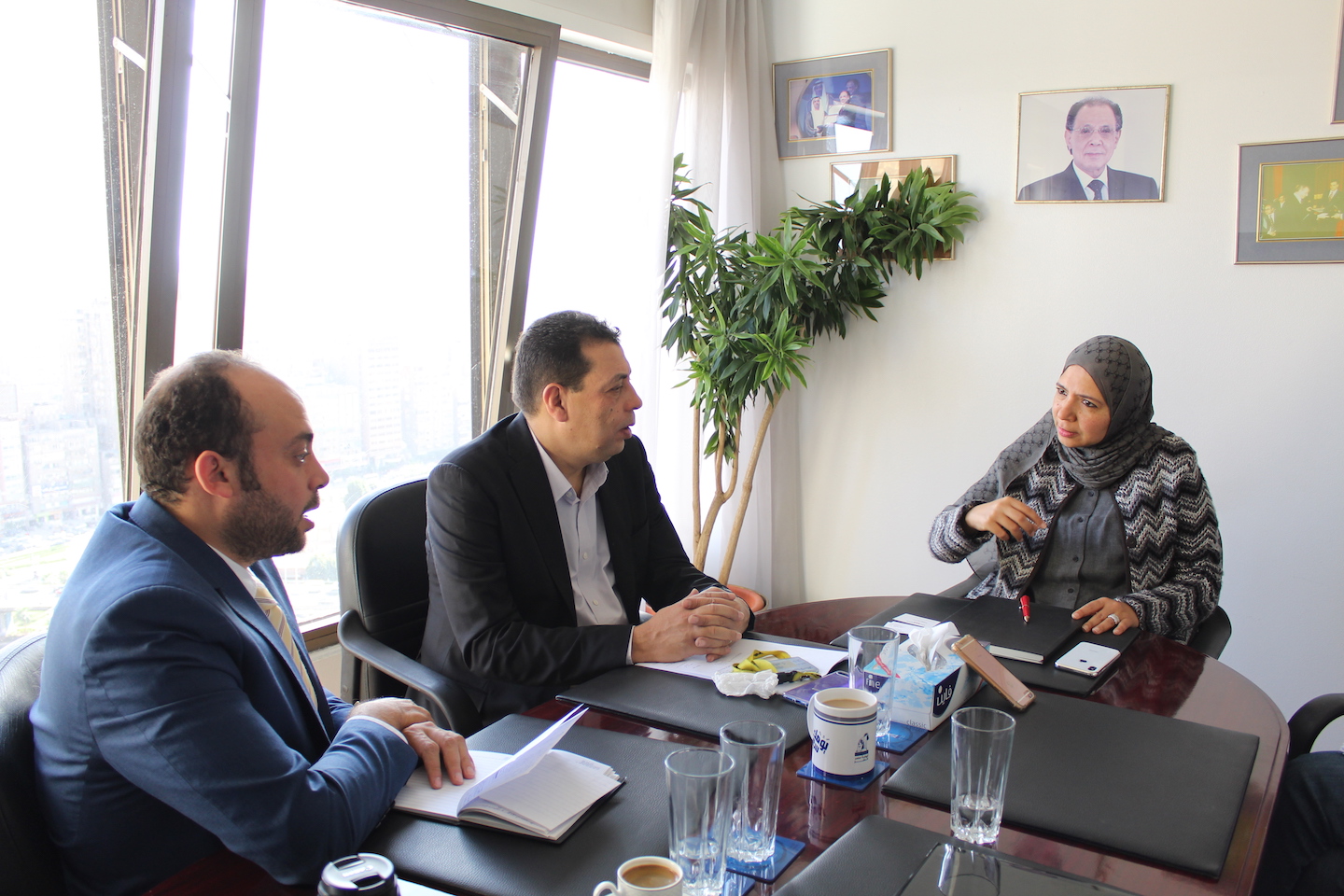 The company’s re-structuring of its message and vision after the establishment of a family constitution, focused on helping to build the capacities of individual, to enable Egyptian citizens to compete globally, so anyone can cork outside the boundaries of their location through a large number of open platforms for entrepreneurship.

Ibrahim explained that they established a programming company to digitalise print content, in addition to a CD factory. The company turned towards audible books, artificial intelligence, and augmented reality through scanning QR codes printed on books to enable readers to view interactive videos on the company’s website. They also established an animation studio to support the content. Last year, the company received the Sheikh Mohammed Bin Rashid Award for best animated film for the Nour and the Gate of History series, which tackles the history of Muslim scholars.

“We are no longer working in the narrow scope of publishing houses, we have tens of audio books and hundreds of e-books,” she stressed.

Regarding the cooperation with the ministry of education, Ibrahim disclosed the company’s work on converting 90 curriculums for the ministry into full digital content for second grade and ending basic education.

The company has also converted the curriculum of the first grade of Arabic language and religious education into a digital content, which will be used in the ministry’s new strategy.

Furthermore, it has digitised the curriculum of the two kindergarten stages for the Arabic language curriculum, as part of the company’s work with the ministry of education in Egypt.

Ibrahim added that the company is working in the Sultanate of Oman with Cambridge on the science and mathematics curricula, for age 8 groups.

In addition, the company also operates in the state of Sudan to convert 73 books into e-books. The company has also been working with Somalia on a project in the field of education that will be revealed soon.

Moreover, it has implemented the largest teacher training project in Saudi Arabia, starting with the teacher’s guide and training for trainers in a direct presence with trainers, for a period of five days, followed by 70 hours of online training.

In addition, she also explained that the ministry of education, in collaboration with USAID, introduced new and renewable energy special curricula for technical education. The company has completed the preparation of curricula for the first secondary school year in renewable energy, prepared a teacher’s guide, trained teachers, and provided the necessary tools for schools. The first year was applied last year and the second grade is going to be applied this year.

Following the success of the experience over the past two years and the increased students’ demand, the company is working on a project of curricula for above middle-technical education for five-year schools, she pointed out.

With regard to literacy, the company has worked with the ministries of education, communication and information technology, in cooperation with UNESCO, on an integrated and interactive programme for the elimination of illiteracy of girls via a mobile application to help women learn Arabic and mathematics in order to assist them to work in micro enterprises.

The company has also launched an initiative with ambassador Nabila Makram, minister of immigration and expatriate affairs, under the name ‘Speak Egyptian,’ to teach Egyptians abroad (and their children who have not seen Egypt) Arabic with an Egyptian dialect and to introduce the state’s history through a number of stories.

According to Ibrahim, Egypt’s problem with education is not mainly the availability of schools, but the biggest problem is the school management mechanism. “We seek to establish a school management company. A protocol was signed between the company and the Federation of Egyptian Banks and the Cairo governorate to establish a school in Helwan. The governorate will grant the land, while the federation will secure the funding to establish Nahdet Misr which will run the school, an it will be called ‘Hawitna’ – Our Identity,” she explained.

Plus, she highlighted that the Nahdet Misr Press and Publishing Company, publishes the Mickey magazine and 10 other publications, including National Geographic.

Ibrahim believes that the idea of integration is the most important focus of the company to provide an integrated product, with the cooperation of all subsidiaries, in order to develop Egyptians citizens that can compete internationally. She stressed that the company does not accept half answers. Students who buy products can scan QR codes to launch the company’s website and view the animation produced by the company. Students can also ask questions and receive responses within 48 hours.

Cooperation with the ministry of education is an integrated system, which renders the company as the ideal contender to develop curricula, she added.

The company is an ideal solution to develop curricula through the integration of all its companies to assist the ministry in developing curricula and upgrade the level of students and education.

Likewise, she noted the establishment of an ED Venture to invest in entrepreneurship projects related to culture and education, to become the first of its kind in the Arab world and Africa for it to invest in this sector, and to start sponsoring ideas from the incubation period, until it reaches the stage of investment.

Over and above, she stressed that there are significant numbers of opportunities within the sector which can generate considerable returns through investment in cultural and human aspects. “We cannot establish everything in the field of education through Nahdet Misr, but we can work with entrepreneurs more,” she added.

The term education is a narrow the system structure which can be even greater, since the company targets the education process itself, she explained.

Ibrahim believes that the most prominent current problem lies in giving children means of thinking and research, not curricula, as well as the need to teach children methods to confirm information amid the huge content available on the internet.

“We have invested in a number of companies already, including Career 180, which works to introduce students and graduates to their talents and best-fit jobs,” she noted.

“I faced rejection for selecting an idea aimed to hold workshops to familiarise girls outside Cairo with entrepreneurship, and some design courses and workshops to teach them special skills. We cannot just choose the ideas that generate quick returns, as some ideas need time and will have a much better impact on society,” she remarked.

In a related context, she explained that the ED Venture has become worth EGP 18m in one year after the entry of one of the angels of business in financing through Series A, which is the second stage of funding for entrepreneurs.

She also revealed that the Ed Venture has investments in seven start-ups, three of which are very successful. The size of investment in each company is about EGP 350,000 – 2.5m based on the growth of the company.

Moreover, the company provides donations and training courses. It will train 20 companies for three months in order to choose the top five to dole out investments.

Furthermore, the fund’s strategy initially was to invest in tested prototypes but later moved towards encouraging youth by entering in the idea financing stage, she added.

She noted they will launch two new companies in the coming six months with 50% contributions in each of them, while international shareholders will contribute the remaining balance. One of the companies will be working in school management. However, she refused to divulge information concerning the second company.

“Floating the company on the Egyptian Exchange is unlikely. We put a family constitution that requires the approval of 95% of the family on the listing. We set up subcommittees and organised the mechanism of transfer of ownership of shares between the branches and assets, especially as the current generation running the company is the third in the family. This is an important generation as 97% of family companies fail in the third generation.”

She believes that the main reason is the difficulty of selling a long history of leadership and culture, and the message carried by the company. “We have full responsibility for what is being printed and published,” she stressed.

In terms of business results, the company achieved a compound annual growth during the last two years of 25% per year in terms of revenue.

She added that the company has a large number of partnerships with foreign institutions, including National Geographic and Walt Disney, spanning over 20 years. The company will sign new partnership agreements in the coming few months.

Furthermore, the company has entered the world of 360 film technology at the Bibliotheca Alexandrina to become the 22nd company in the world to own films with this technology, which enables viewers to become deeply involved in the film.

She also revealed that the work of providing service in the UAE is within the range of the company’s work.

Concerning series, the company has produced six series, some of them in partnership with others.

Nahdet Misr for Agro Industries exported 35,000 tonnes of oranges and potatoes in 2016