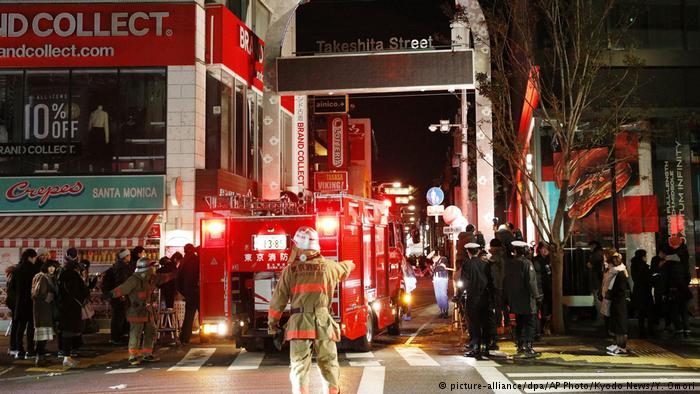 Two terror attacks hit England and Japan on New Year’s Eve with some injures reported, according to Reuters.

The police in Manchester, England, on Tuesday said a stabbing incident at the city’s Victoria station was being treated as terror-related. Three people suffered knife injuries when a man lunged at them as they were waiting for a train on one of the platforms, according to BBC.

The English officers rushed to the scene after receiving reports of the stabbing. Two people were taken to the hospital, one with injuries to the face and stomach, the other with wounds to the abdomen, AP reported. One of the three victims was a police officer who was stabbed in the shoulder. One man was arrested but has so far not been charged. Reuters said that the police officers tasered the man and used pepper spray on him before several officers jumped on him.

The Greater Manchester Police said counter-terrorism experts were leading the investigation but they were “keeping an open mind.”

Chief of Manchester police, Ian Hopkins, said officers searched an address in the north of the city on Tuesday, BBC reported.

In 2017, Manchester witnessed a major terrorist attack when a young extremist blew himself up at an Ariana Grande concert, killing 22 people and injuring 139 others.

In Japan, at least nine people were injured when a man drove a minivan into a crowd of revelers on a famous Tokyo street, Reuters reported on Tuesday.

Crowds gathered in Takeshita Dori, a popular street in the fashionable Harajuku district, to ring in the New Year when the man struck just after midnight. The police said the man had an “intent to murder.”

One of the injured, a male university student, was in a critical condition, Kyodo news agency reported, citing police officials.

“I saw some guys collapsed on the street,” one witness told national broadcaster NHK. “As I walked closer toward the scene, many more people had fallen to the ground. By the time I reached the exact place, paramedics were already there helping people.”

NHK aired footage of a small van with the entire front end smashed while emergency workers rushed to the scene.

The police immediately cordoned off the street and the driver was arrested on suspicion of attempted murder.

NHK identified the man as Kazuhiro Kusakabe, 21, from Osaka, about 400 km southwest of Tokyo.

The broadcaster reported that the perpetrator had told police that he was acting in “retribution for the death penalty” without giving more precise details.

Takeshita Dori, which is often tightly packed with fashionistas and international tourists, was closed to traffic for New Year’s Eve at the time of the incident.