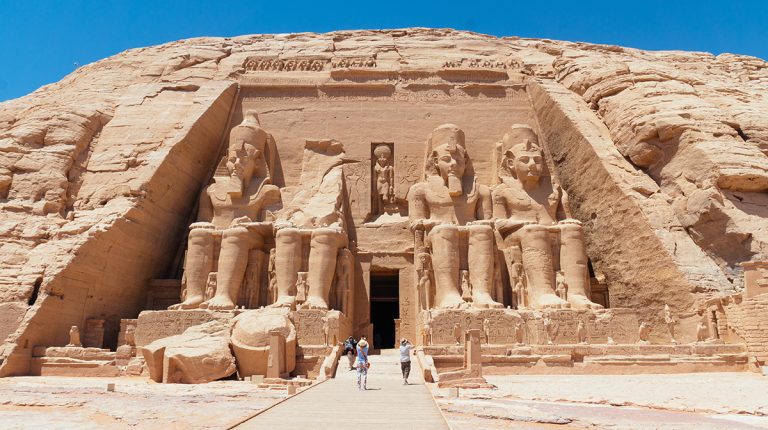 The first day of 2019 witnessed the visit of 3,000 tourists from across the globe to Abu Simbel temple in Aswan, state-owned media outlet Al-Ahram reported.

On Tuesday morning, dozens of tourist buses headed to Abu Simbel city, while others arrived on two flights and three Nile cruise ships.

Winter is this city high season. Thousands of visitors come from all over the world to enjoy the sunlight in Luxor and Aswan during the two-month season.

There is a unique event that still amazes the world in this city, when the sun rays go inside the corridor of the Abu Simbel temple and perpendicular light the faces of Ramses II, his wife, Queen Nefertari, and the god Amun on the back wall. It happens twice a year on the same two dates: 22 October, Ramses II’s birthday, and on his coronation day, 22 February.

Hotels in Aswan and Luxor said the occupancy rate has exceeded 60% since the holiday season started, including Christmas, and New Year’s Day.