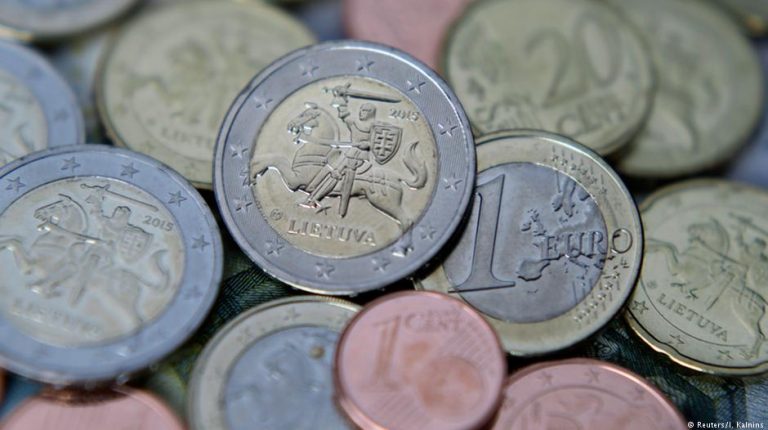 Even though a lot of the world is headed toward cashless payment, the central banks in the 19-nation eurozone keep minting small denomination coins by the ton. What’s behind this old habit?With more than 340 million users, today the euro is one of the most important currencies in the world, though it has seen its share of ups and downs since it was first introduced 20 years ago on January 1, 1999.

While the European Central Bank (ECB) is in charge of notes, national eurozone central banks have much more leeway with coins, which is why the notes are all the same whereas the coins show changing national motifs. And as with all things cash Germany is already once again being crowned champion for 2019.

After calculating the amount of cash needed for the year — for replacement and increased demand — eurozone central banks are preparing to mint coins with a face value of €2.1 billion ($2.39 billion) according to plans just released. Though €488 million of this will be commemorative coins for collectors, the total is only slightly down from last year's €2.2 billion and a long way from bringing about a cashless revolution.

For Germany, this means producing the lion's share of the total coins, an estimated €632 million, a third of which will be for collectors. Most annoying for those looking at the bottom line, these plans include minting millions of new 1 and 2-cent coins even though they cost more to produce than they are actually worth. It seems to be a step in the wrong direction, an old habit.

But dropping the 1 and 2-cent coins seems to be a psychological hurdle the European Commission cannot manage, even though many land in piggybanks and people stop to pick them up off the sidewalk more as a token of luck than as a source of ready cash.

Today, the euro is used by 19 of the 28 members of the European Union. Outside of the official eurozone, Andorra, Monaco, San Marino and Vatican City also use the euro as their legal tender. It has proved so popular as a safe haven, that somewhere between 20-25 percent of the cash (by value) is outside the eurozone, according to the ECB.

With this in mind, at the opposite end of the money scale there has been movement though. Earlier this year in a bid to control money laundering, the ECB finally announced that €500 notes would no longer be made after April 2019. The €500 note is currently worth around $570 and is one of the highest-denominated notes in the world. Though they can still be used and will be recirculated by local banks, as of spring the highest euro-denominated note that will be produced in the eurozone is the €200 bill.

Here the consumer backlash was loud and hysteric, but short lived. Losing the 1 and 2-cent coins is trickier. Consumers not surprisingly fear price increases as retailers simple round up to the next highest denominator. Stores could no longer offer tantalizing €12.99 deals; €12.95 is going backward and €13.00 just doesn't feel the same.

Yet no matter what the price, in the land of Goethe cash is still king and coins are still gladly stuffed into wallets and vending machines. A strike on Wednesday by the many armored cars drivers crossing Germany full of cash caused worry among stores and shoppers; and struck an easy blow to a cash-hungry system. It was just a warning strike for higher pay though and will hardly lead to more credit card use or massive downloading of contactless payment apps like Google Pay.

A study ranking Europeans by how much cash they carried, put Germans on top with a wallet full of an average of €103. The French by contrast carry around €32. Another recent study by Germany's Bundesbank, concluded that in 2017 cash payments by value in Germany were down from 50 percent to 48 percent. It may be progress, but it is still a long way away from becoming the cashless society that dreamers dream of.