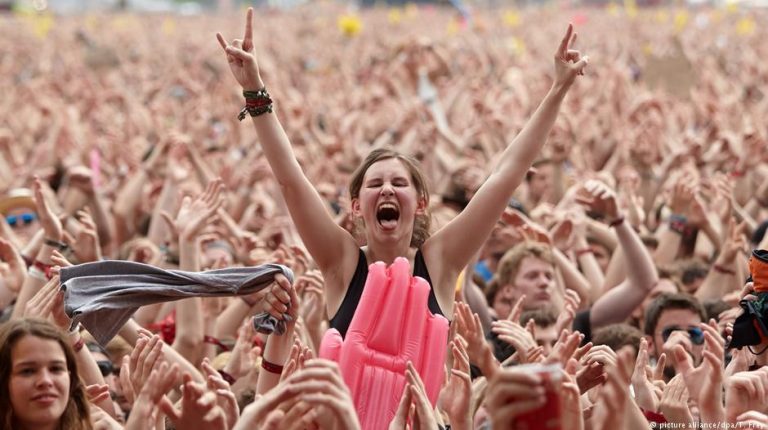 Berlinale, Biennial, Bauhaus: If you like culture and you like to travel, 2019 could be your year. A look at Europe’s cultural highlights across the next 12 months.After visiting Madrid's Prado Museum in 1865, French painter Edouard Manet wrote to a friend: "How I missed you here so, and how large your joy would have been at seeing Velaquez, for which this trip alone was worth."

A trip to the Prado is still worthwhile even today — perhaps even more so in 2019, when the museum celebrates 200 years on November 19, 2019. Exhibitions planned for the year in the famous national museum include works by Diego Velazquez, Francisco de Zurbaran and Francisco de Goya.

Madrid is not the only destination for culture lovers looking for unique events in 2019.

In Germany, 2019 will be a year full of commemorations and birthdays. The biggest of the celebrations honors the centennial of the revolutionary Bauhaus school of architecture and design.

Beginning with an opening festival on January 16, there will be over 600 exhibitions around the country tracing Bauhaus's influence and showcasing its celebrated artists including Oskar Schlemmer, Wassily Kandinsky, Lyonel Feininger, Paul Klee and László Moholy-Nagy.

The focus in Berlin is on Alexander von Humboldt, born on September 14, 1769 in the capital city. Exhibitions and lectures celebrate the 250th anniversary of the adventurer, researcher and man about town. The new Humboldt Forum will open its doors to visitors on his birthday. From May 1 to June 30, the Botanical Gardens will host an exhibition on 12 unusual histories of plants in his honor.

Germany is likewise celebrating the 200th birthday of Theodor Fontane, the author of Effi Briest and Der Stechlin. Under the slogan Fontane.200, the novelist will be honored beginning in March in his hometown of Neuruppin, 80 kilometers northwest of Berlin and with events around Brandenburg.

Jewish poet Else Lasker-Schüler, born in Wuppertal and come of age in the Weimar Berlin, is also honored in 2019, with the play "Ichundich" a central part of an eight-day theater festival beginning July 6 in her hometown.

On January 6 in Los Angeles, the Golden Globes will be awarded for the 76th time, followed on February 25 by the Oscars ceremony in Hollywood. In between, on February 3, the 2019 Super Bowl is bound to have people in the US enthralled, along with the question of who will perform during the halftime show as celebrities have been bowing out in support of NFL players' "kneeling" protests against racism and police shootings of unarmed black men, women and children.

Back to Germany and film, Dieter Kosslick opens the Berlin International Film Festival one last time in 2019, which kicks off February 7 before the Berlinale Golden Bear is awarded 10 day later.

Hot on the Berlinale's heels, the Oscars in February have a new "popular film" category. Meanwhile, the nominees for the German Film Prize as well as the winners of the prestigious German television Grimme Award are announced on March 20.

The world's foremost film festival, the Cannes Film Festival, runs from May 14 to 25 while the Venice Film Festival is on from August 28 through September 7.

From Venice to Tel Aviv

"May You Live in Interesting Times" is the motto of the 58th Art Biennial in Venice (May 11-November 24), a reference to an alleged Chinese curse that, according to the organizers, interprets times of insecurity, crisis and uproar as "interesting times."

May is also the time when the world tunes in to the finals of the Eurovision Song Contest, which takes place inTel Aviv on May 18.

The year in books

Springtime in New York: That's when the Pulitzer Prize winners will be announced.

The winners of the Georg Büchner Prize and the Peace Prize of the German Book trade are usually announced in June or July — the award ceremony for the former is November 2 and the latter is held October 20.

Announcement of the various Nobel prizes is expected in October, perhaps again including a prize suspended in 2018, the Literature Prize. The Literature Nobel Prize winner is usually announced during the Frankfurt Book Fair (October 16- 20). In 2019, Norway is the guest of honor.

While the Prado celebrations are big news throughout the year, the Bauhaus crowd will be thrilled by the new museum dedicated to design opening in Dessau on September 8.

There's no stopping the art world from its annual gatherings, including Art Basel, held in Switzerland from June 13-16.

A month later, classical music lovers head to the Salzburg Festival to enjoy the play Jedermann and much more, including the Mozart opera Idomeneo. Concertgoers can expect to see and hear a new production of Tannhäuser at the Richard Wagner Festival in Bayreuth (July 25-August 28), while the Locarno Film Festival is on in Switzerland in August (7-17).