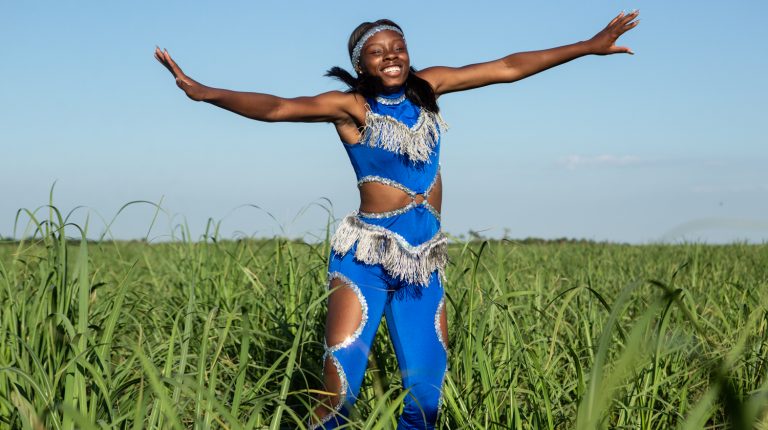 
Adalamadrina: Spain, director: Carlota Oms, Screenwriters: Joan Pàmies and Carlota Oms — While she claims to be an expert in sex and love on YouTube, Ada can barely speak to her gym trainer, with whom she’s madly in love. When she sets her sights on him, everything changes.

Aziza: Syria and Lebanon, director: Soudade Kaadan, screenwriters: Soudade Kaadan and May Hayek — A dynamic take on the life of Syrian refugees, told through a black comedy.

Bajo la Sombra del Guacari: Colombia, director and screenwriter: Greg Méndez — Dead bodies have washed upon the banks of a river. When Abraham finds out that one of them was his friend, he embarks on a journey to fulfil a promise that will take him to the Guacari tree.

Birds in the Earth: Finland, director and screenwriter: Marja Helander — Examining the deeper questions of the ownership of Sami land through the ballet performances of two young dancers.

Brotherhood: Canada, Tunisia, Qatar, and Sweden, director and screenwriter: Meryam Joobeur — When a hardened Tunisian shepherd’s son returns home after a long journey with a new wife, tension rises between father and son.

Desires of the flesh: Brazil, director and screenwriter: Rafaela Camelo — Blessed be Sunday, that it is the day to see Giovana.

Dunya’s Day: Saudi Arabia and the US, director and screenwriter: Raed Alsemari — Abandoned by her domestic help, Dunya fights to throw the perfect graduation soirée.

END: Cuba, director: Yimit Ramírez, screenwriters: Yimit Ramírez and Tatiana Monge — Juan is dead. Surprisingly, he is given an opportunity to relive a moment of his past life, but it will not be an ordinary moment.

Fatherland: Georgia, director and screenwriter: George Sikharulidze — In 2016, on the 63rd anniversary of Stalin’s death, his worshipers gather outside his birthplace in Georgia to demand his canonisation as a saint, when something uncanny materialises.

The Field: France, the United Kingdom, and India, director and screenwriter: Sandhya Suri — A poor agricultural labourer leads a double life in the village’s last remaining cornfield, but the harvest is approaching.

Fuck You: Sweden, director and screenwriter: Anette Sidor — Alice is in a relationship with Johannes but she does not have enough space to be herself. On a night out with friends, she steals a strap-on and challenges her boyfriend’s thoughts about girls.

Hot Dog: Germany, directors and screenwriters: Alma Buddecke and Marleen Valien — Hannah, in a love-hate relationship with her vagina, chronicles how her feelings towards her sexuality have changed over time. Like that one moment when she discovered the vibration function of her PlayStation controller.

Kado (A Gift): Indonesia, director and screenwriter: Aditya Ahmad — Isfi can wear her comfortable pants among her male friends, but has to wear hijab to be accepted at Nita’s house. With two days until Nita’s birthday, all Isfi wants is to prepare the best gift in Nita’s room.

Manicure: Iran, director and screenwriter: Arman Fayaz — After the unexpected death of his wife, a man struggles to deal with the aftermath under the eyes of the local villagers.

The silence of the dying fish: Greece and France, director and screenwriter: Vasilis Kekatos — On his way to work one morning, a fish farm worker is told that he died the day before. Failing to prove that he is alive, he spends his last day securing caretakers for his beloved canaries.

Those bad things: Italy, director: Loris Giuseppe Nese, Screenwriters: Loris Giuseppe Nese and Chiara Marotta — You cannot choose your parents. These are the thoughts of a daughter who cannot rebel, as time slowly slips by both inside and outside their home in the Campania suburbs.