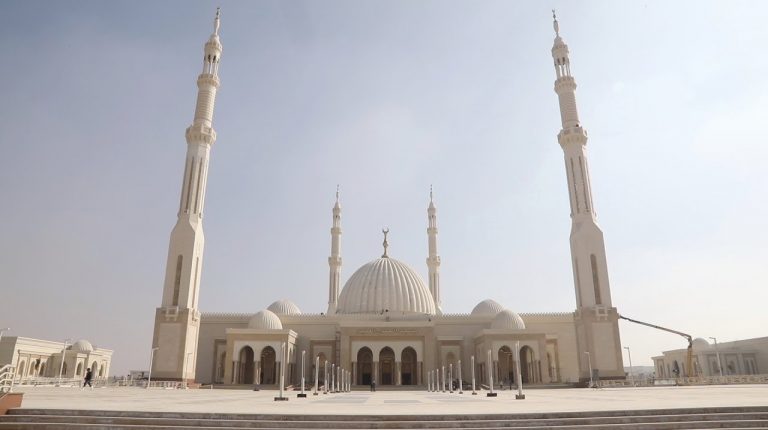 President Abdel Fattah Al-Sisi is scheduled to open the Al Fattah Al Alim Mosque, and the ‘The Nativity of Christ’ cathedral, in the New Administrative Capital. The cathedral is the largest in the Middle East, and it will also host the Coptic Christmas mass on 6 January.

Imex Egypt-Tarek Massoud has finished lighting Al Fattah Al Alim Mosque, Ali Abdoun, Imex Egypt – Tarek Massoud partner, said that his company won the after presenting the best technical and financial offer in March 2018, after a competition with the Phillips and Delta.

The mosque also includes a museum of celestial messages, a Quran memorisation house, a clinic, and 4 minarets with a height of 90 metres. A height of 30 metres is currently reached, as well as a main dome of 33 metres in diameter, 28 metres high and four secondary domes of 12.5 metres diameter and 10 metres high.