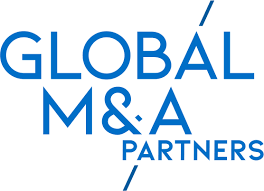 A recent report issued by Mergermarket found that the number of deals made over the last year fell for the first time since 2010 to 19,232, after steadily rising for close to a decade.

However, transactions that did make it to the signing table reached $3.5tn worth of activity, ranking 2018 as the third-largest year on Mergermarket record, since 2001, by value.

Mergermarket’s Americas Research Editor, Elizabeth Lim, commented: “With so many market-moving factors fluctuating throughout the year, mergers and acquisitions have understandably had a somewhat ambivalent 2018. Intensifying trade tensions, political instability, and increased regulatory scrutiny took their toll on the number of deals struck over the year, though deal values fuelled by cheap financing, pressure on companies to consolidate, and competition from sponsors remained relatively high.:

Domestic count slipped to 12,827 from 13,115, while value increased 15% to $2.18tn from $1.90tn. US consolidations accounted for much of this, with top deals in pharmacy benefit management; telecommunications; energy; software; retail, and real estate, many of which found consolidation necessary for survival as technology disrupts sector after sector – a trend that seems likely to continue causing more structural changes in 2019.

In the private equity space, historically low interest rates in the post-crisis period aided much of the capital needed to fund bidding wars.

Three sectors to watch in 2019 based on strong figures in 2018 include energy, mining & utilities (EMU) – which ranked first by hitting its second-highest value on record with $673bn; construction, which reached a new decade high of $116.5bn, driven by price to earnings (PE) plays and infrastructure bids – the total value was just under 2007’s record of $116.8bn; and Defence also set a new record with $28.8bn as competition for government contracts heated up, according to Mergermarket data and intelligence.

Meanwhile, the global economy is expected to slow down in 2019 supported by tighter monetary policy and political troubles facing major economies including the US-China so-called trade war, according to the UBS bank’s outlook for the new year.

The growth of the global economy may slow down to 3.6% in 2019, compared to a growth of 3.8% last year, the Swiss multinational investment bank said.

As the US Fed keeps higher interest rates and China undergoes economic rebalance, along with the impact of its trade quarrel with Washington, the current year may become a difficult year for global economy.

Also, the European Central Bank’s decision to end the qualitative easing programme at the end of December 2018 and the vague Brexit situation add to the criticality of the situation.

However, the world might not be heading for a recession yet, as rates of consumption, demand, investment, and employment remain solid, the UBS remarked.

“This slowdown will not be felt uniformly by every country, sector, or company. We expect robust growth in firms exposed to secular trends like population growth, aging, and urbanisation.

“Meanwhile, some assets have already begun to factor in a more challenging backdrop,” economists at UBS noted.