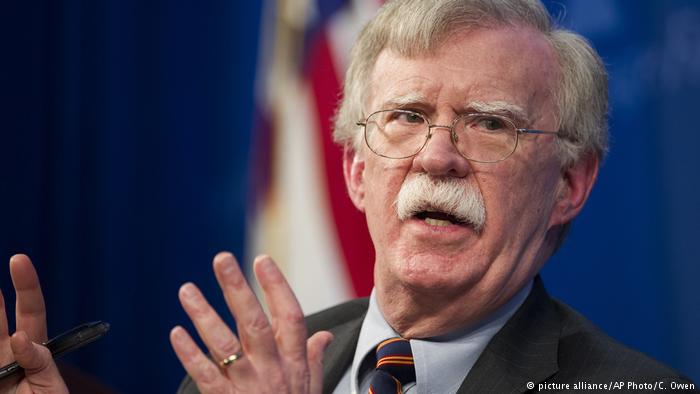 The US troops will not leave north-eastern Syria until the Islamic State (IS) militants are completely routed and the US-allied Kurdish fighters are protected, President Donald Trump’s National Security Adviser, John Bolton, said on Sunday.

Bolton said there was no timeline for the troops’ withdrawal, which was initially expected to be completed within weeks of Trump’s abrupt announcement last month, AP reported.

“There are objectives which we want to accomplish that condition the withdrawal,” Bolton told reporters in Jerusalem.

Talking to reporters in Washington, Trump reaffirmed his commitment towards withdrawing the US troops, but added that he “never said we are doing it that quickly.”

Making the announcement on December 19 in a video posted on Twitter, Trump said that IS had been defeated and that “all” of the roughly 2,000 US troops in Syria will be “coming back now.”

Trump’s decision was criticised by the US allies and led to the resignation of Defence Secretary Jim Mattis. The announcement also raised fears that Turkey would take advantage of the US withdrawal and attack the US-allied Syrian Kurdish People’s Protection Units (YPG), that Turkey considers a terrorist group linked to domestic Kurdish insurgents.

Yet, Bolton said on Sunday that the US would not withdraw from Syria, unless Turkey gave assurances that it would not attack the YPG.

“We do not think the Turks ought to undertake any military action that is not fully coordinated with and agreed to by the United States,” Bolton said, adding that the US has asked the Kurds to “stand fast now”, and refrain from seeking protection from Russia or government forces loyal to the Syrian President Bashar Al-Assad.

Bolton, who is scheduled to travel to Turkey from Israel, said he would stress the need to protect the Kurdish forces during talks with Turkish officials, including President Recep Tayyip Erdogan.