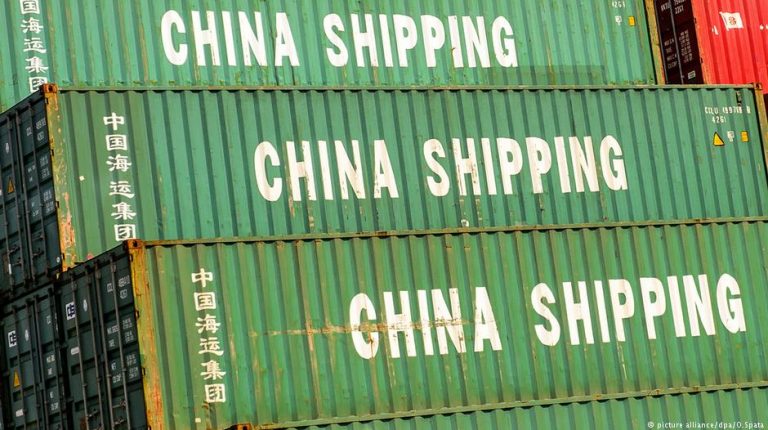 US officials are in China on Monday for the start of fresh trade negotiations. What’s on the agenda — and what progress could be made as another deadline looms in the trade battle between Beijing and Washington?Ahead of US-China trade talks, China's Commerce Ministry said in a statement that the renewed negotiations over the ongoing trade row would include "positive and constructive discussions."

The key will be how seriously Beijing takes the arrival of the working team led by Deputy US Trade Representative Jeffrey Gerrish, who is set to meet mid-level Chinese officials in Beijing. The two sides are expected to discuss a series of technical issues, including non-tariff barriers, intellectual property and agriculture and industrial purchases.

The talks are the first between the world's two largest economies since last month's summit in Argentina, where US President Donald Trump and his counterpart, Xi Jinping, agreed to hold off on more tariffs for 90 days starting December 1 while they attempted to negotiate a deal.

The trade war has damaged both economies over the past year. The Chinese government expects growth to have eased to around 6.5 percent in 2018, down from 6.9 percent in 2017, meaning Beijing may be ready to make a deal. And the conflict has also started to hit global stock prices, with Apple dragging markets down this past week.

What's on the agenda?

The US-China trade imbalance will be a major theme during this week's bilateral trade talks. China has said it could consider a deal that involves increasing its purchases of US goods. In December, it promised to reduce tariff rates on 700 products, including drug ingredients and animal feed. Beijing wants to lower prices for items such as pork and medicine, and opened the door to imports of rice from the US for the first time in late December.

China's major state-owned grain firm has since said it has resumed buying US soybeans, and Beijing suspended extra tariffs on US-made cars and auto parts on January 1. In exchange, Trump agreed to put on hold a planned increase in tariffs on $200 billion (€175 billion) in imports from China.

China, however, has resisted US demands for it to combat technology transfers and reduce state support for strategic industries like robotics, electric cars, computer chips and artificial intelligence.

Chinese officials have said new measures will combat intellectual property theft, indicating that Beijing may make major changes to its "Made in China 2025" initiative, which calls for state-led creation of champions in robotics, artificial intelligence and other fields. Those changes could consist of reductions in state subsidies for new technologies.

What could a deal include?

A potential deal could include a Chinese agreement to boost purchases of US agricultural and energy products and offer more market access in areas such as autos and financial services. In December, China issued a list of industries where investors are restricted or prohibited, widely seen as an attempt to allay concerns that there is no level playing field in China.

But investment in key Chinese sectors is still prohibited. The Commerce Ministry said it was working on improving market access to foreign investors in telecommunications, education, medicine and culture.

If there is no deal by March 1, Washington has said it will go ahead with a sharp hike in tariffs on Chinese goods originally set for January 1.

Michael Hirson, Asia director at Eurasia Group consultancy and a former US Treasury Department official, said an indicator of real progress this week would be whether the two sides announce a substantive round of negotiations at a more senior level.

US Trade Representative Robert Lighthizer, in charge of the overall talks with China, is expected to meet with Chinese Vice Premier Liu He, Xi's top economic adviser, later this month. Lighthizer is deeply skeptical of Beijing and has warned Trump that the US may need to exert more pressure through "additional tariffs" to win "true" concessions, The New York Times has reported.

China's currency moves against the dollar may be the best measure of whether this week's talks are a success. The yuan, also known as the renminbi, has been nudging up and that is seen as one of a number of positive signs that the Chinese are serious about the talks.

China's currency has been a bone of contention between China and the Trump administration, with the US accusing Beijing of manipulating the yuan to lower export prices to the US.