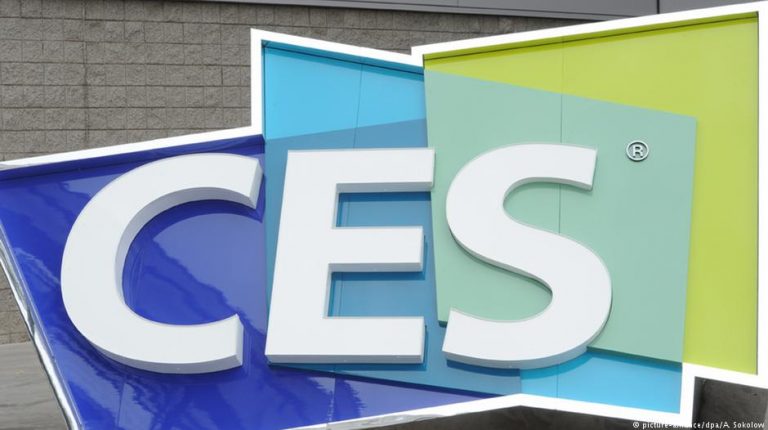 With the Consumer Electronics Show in Las Vegas around the corner market researcher Steve Koenig weighs in on the long-awaited arrival of 5G, the role of data and surprising trends at the world’s largest tech trade show.The 2019 edition of the Consumer Electronics Show (CES) is upon us: From January 8-12, 180,000 people from more than 150 countries are expected to descend upon Las Vegas to catch a glimpse of the latest consumer technology gadgets and innovations. Since its first show, held in New York in 1967 with 117 exhibitors and 17,500 attendees, CES has grown more than tenfold, and now encompasses both traditional and nontraditional tech industries. DW reporter Benjamin Bathke spoke with Consumer Technology Association (CTA) Vice President of Market Research Steve Koenig about the upcoming rollout of 5G, the most visible part of AI and what it means to live in the "data age."

DW: What can the world expect in terms of consumer electronics in 2019?

Steve Koenig: A number of major technology trends we've been talking about over the past two to three years are finally becoming reality. I'm specifically talking about 5G, the fifth-generation wireless network from cellular carriers. We're starting to see the very first commercial deployments here in the US and in other places around the world. Artificial intelligence is hitting critical mass globally, from China to Europe to the US.

Consumers are engaging more with digital assistants, and different businesses are using machine learning. We're also seeing more AI chips going into devices. Autonomous driving, a technology we've been talking about for many years, is finally starting to see innovations take to the roads — not just for testing, but for actual commercial deployment, such as Google's Waymo. A lot of tech trends are becoming real.

There has been quite some buzz around 5G. Can it live up to its promise to deliver speeds that allow people to download movies in seconds?

2019 really represents the initial steps of 5G, which is going to sit alongside 4G and LTE [Long Term Evolution technology] for several years before it can realize its full vision in different places around the world. For now, it starts in major metropolitan cities. The benefits of 5G are greater capacity, lower latency and faster speeds. Those three qualities play directly to 5G's role with consumer tech as we move into the next decade, which is principally going to be all about data.

We're going to need 5G's capacity as we attach even more nodes onto the wireless network, such as smart cities, connected infrastructure and things of that nature. Lower latency is going to be critical as we see broader deployment of technologies like self-driving vehicles as well as the industrial or manufacturing contexts where you don't want any latency at all. And we need greater speed for all of our data-driven digital endeavors, whether it's for work or for play, because we're doing more and more on mobile devices.

Moreover, 5G fixed wireless broadband is a potential solution for bridging the digital divide in large, geographically diverse countries like the US, China and Germany — places where it's probably not economically feasible to run fiber way out into the rural areas or up into the mountains. 5G is going to be of critical importance to fueling an innovation- and technology-led economy over the next 10 years, which is why there's a sense of urgency around the world to develop these networks.

Collecting data plays an increasingly important role for businesses and governments alike, which can be a double-edged sword for consumers. How important is data to consumer tech?

I call this new era of consumer technology we are bridging to in 2019 the "data age." Data is the common denominator of all the trends we see at CES, and that's only going to grow and multiply as we move into the next decade. And 5G is the connective tissue, or the central nervous system, if you will, that will empower the data age. Just consider all the innovation that we've witnessed over the past decade in the 4G world, such as ride-sharing companies like Uber, Grab and Lyft, and other new game-changing business models.

Therefore, it's really exciting to think about what is going to be possible, what are we going to experience and all the new 5G-powered business models like wireless VR [virtual reality] that will fuel our economies in the next 10 years.

Where is artificial intelligence headed in 2019?

I expect processor innovation and lots of different use cases for machine learning. In regards to processors and chips, there'll certainly be further innovations from the likes of Intel, Nvidia and Qualcomm; a lot of AI chips are going into more consumer devices to improve user experience, whether it's picture quality on a TV or taking photos with your mobile.

Over the next several years, many of the manual settings, such as night mode on your phone for taking photos, will go away as AI chips will handle settings automatically. As a result, the pictures are going to look the very best, no matter if it's the middle of the day or at night. That dovetails into machine learning applications, such as improving consumer experience with movie recommendation engines or back-office operations like automating processes. On that front, the outright automation of certain job tasks, which means workforce displacement, will be very limited. In the vast majority of cases, we can expect human-machine partnerships.

What will be the most visible part of AI from a consumer standpoint?

One, they're going into more vessels, which can be everything from a phone to an automobile. This means they are becoming omnipresent, no matter where we are, what we're doing or what device we have on our desk. A digital assistant is going to be close at hand to help us out with whatever we need.

The second thing is that support for them has become table stakes. All kinds of devices you see now work with the Google Assistant and Amazon's Alexa Skills. This is really amplifying interest in adoption in smart homes as a universal control mechanism. All these different apps on our phones — for lights, the door lock, the thermostat — will go to the digital assistant pretty quickly. Our research demonstrates the beginning of a shift in consumer behavior. The things they're doing now with digital assistants, such as scheduling product orders online, are activities they would normally go to a website or fire up an app for.

Third, voice is becoming a go-to user interface, although I'm not expecting us to talk to digital assistants all the time. We'll use them for certain cases, but I wouldn't want to be sitting on a bus saying: "Alexa, open, go to this site," like I'm vocalizing all the things I'd do on my phone. It's disruptive, loud, and I may not want people to know what I'm shopping for. But there are going to be certain use cases where that will be OK and very convenient, like saying: "Hey, Google, turn up the heat downstairs' when we wake up."

Steve Koenig is the Consumer Technology Association's vice president of Market Research. He's also a frequent conference speaker and presenter and the CTA's media spokesman. Before joining CTA in 2004, he worked as a consultant for Comscore and the NDP Group. Koenig holds a degree in business administration and marketing from the University of North Texas.

The interview has been edited and condensed for clarity.