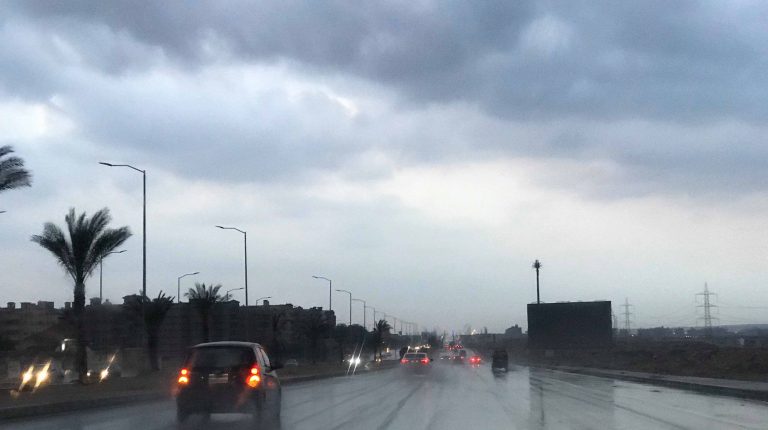 Cold weather is expected to continue in Egypt until Tuesday, mainly in Cairo, the Egyptian Meteorological Authority (EMA) said in official statement on Tuesday.

The EMA explained that entire areas of northern Egypt will experience cold weather, while crisp weather is expected in southern Upper Egypt.

Some areas such as Central Sinai and northern Upper Egypt will possibly witness frost fall on crops, the authority noted.

Stormy wind, will be mostly active on the north of the country, which will result in sand and dust in some areas, leading to low visibility.

Rain is also expected in the country’s Delta and possibly Cairo.

As for the status of the Red Sea, it will remain moderate to turbulent, with a wavelength of 2 to 2.5 metres and a north-west wind.

During the past two days, the country has already witnessed a huge stormy dusty wind wave.

Temperatures nationwide will range between highs of 14 to 16 degrees and lows of 6 to 8 degrees during the upcoming days.

Early 2018, adverse weather conditions hit some areas in greater Cairo, most notably New Cairo, in which water accumulated on the streets, hindering the movement of cars and resulting in the flooding of several houses.

In response to this, the Administrative Control Authority (ACA) announced the suspension of a number of New Cairo officials due to their mismanagement of the rainfall crisis.

At the time, President Abdel Fattah Al-Sisi commented on the crisis saying that he understands the suffering felt by Egyptians in the aftermath of the inclement weather and pledged the government would step up its efforts towards preparedness in the future.

What will 2019 bring for Angelique Kerber?