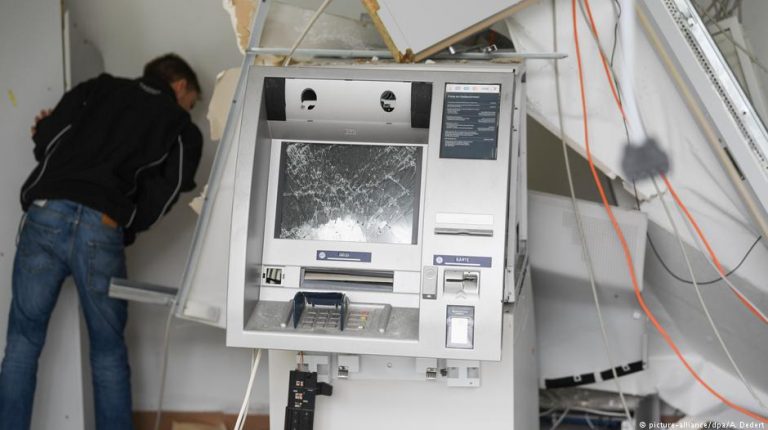 A little over a year until its 150th anniversary, Germany’s biggest lender is facing trying times. Still struggling to emerge from the financial crisis, Deutsche Bank can’t find a cure to its ills, says Henrik Böhme.The picture Deutsche Bank presents these days is sad indeed. Among the 30 blue-chip companies listed in the DAX stock market index, there's not a single one to be had cheaper than the once mighty German lender. The bank's stock barely holds its ground above €7 ($7.9) a share — what a disaster!

Its market value has slumped to just €14 billion, which makes comparing Germany's biggest lender to its former US rivals almost a joke. Today America's biggest bank is worth €296 billion.

In a normal world of finance, a lender of Deutsche's current size would merely qualify for being taken over, with the transaction easily funded out of a bigger competitor's pocket money. But no one wants to buy the ailing bank.

Just this Thursday, Swiss bank UBS politely turned down the offer, with its chairman, Axel Weber, saying in a roundabout way that hopes for a merger were "merely part of scenarios" under discussion. Weber, the former head of the German central bank, the Bundesbank, told the Zurich-based newspaper Tages-Anzeiger that speculation about a tie-up was just talk, and that UBS wanted to grow on its own, despite weighing other business options.

The Swiss bankers may be forgiven for shunning Deutsche Bank, given the German bank's track record over the last year. Apart from continuing to languish deeply in the red, there was a surprise CEO change and a new strategy, massive staff cutbacks (at least announced), a share price in free fall and a series of police raids on Deutsche's premises.

Even if Chief Executive Christian Sewing is doing his utmost to make Deutsche Bank look inviting, it's a tough matchmaking game. That's because a fundamental prerequisite is lacking at the lender: a business model.

How the bank wants to earn money in the future remains a mystery in times of ultra-low interest rates in its main market, Europe. On its pile of about €270 billion, neatly stashed away in the vaults of the European Central Bank (ECB), it has to pay negative interest rates, slimming its value by "roughly a billion" a year, as Deutsche Bank Chairman Paul Achleitner said recently.

By comparison, the American central bank's path of interest rate normalization will give US banks a whopping $43 billion in additional revenues next year, while eurozone lenders will suffer €7 billion in losses from their holdings of cash with the ECB.

ECB chief Mario Draghi is the only person who can change that. But in the new year he cannot just sit on his hands on top of the huge eurozone debt mountain that's still refusing to melt away. Although Draghi will make way for a new ECB president later in the year, the chances for Deutsche Bank to turn around its fortunes and make a profit will remain as remote as shareholders' hopes for a dividend.

In the meantime, the bank is determined to squeeze every last drop of savings out of its operations, as the news agency Reuters was told by an insider recently. For staff this means more video conferences rather than flying business class, and fewer fruit plates in the rooms to drive the message home.

But, of course, it's not all gloom and doom at Deutsche Bank. News of a US hedge fund buying a 3-percent stake in the lender and speculation that the Emirate of Qatar wants to seize on the low share price to stock up on its holdings in the bank are providing glimmers of hope.

Moreover, there seems be to some progress on integrating Postbank — the unloved retail banker Deutsche bought years ago, but has since failed to turn around — into the parent company.

Under all scenarios, job losses will be the order of the day in the run-up to Deutsche Bank's 150th anniversary on March 10, 2020. It should be a day of jubilation, full of memories of times when the bank paved the way for Germany's post-war economic miracle and guided the country's emerging companies onto the grand stage of globalization.

But gone are the days when the German lender's successful investment banking allowed it to swim among the big fish of global finance. Actually, this has contributed to its dramatic downfall, raising the fundamental question of what's to become of Deutsche Bank now.

Will it be taken to pieces by the sharks in the pool, or rise from the ashes to continue along its former glorious path? One thing is for sure — 150 years after it was founded, Deutsche Bank's destiny is at a crossroads in 2019.