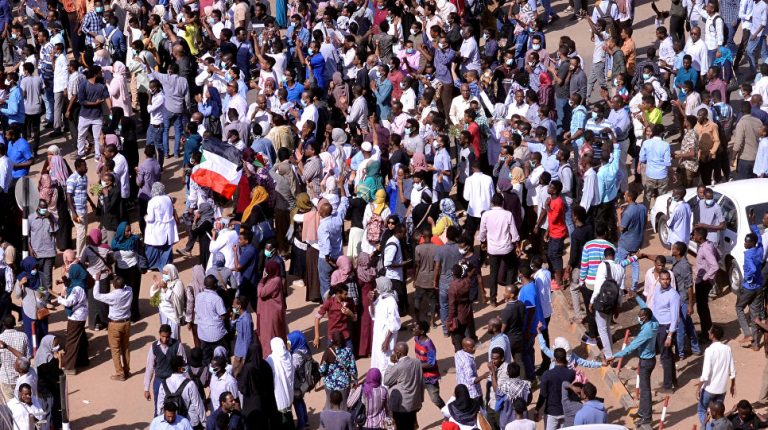 The Sudanese authorities arrested 816 individuals during the demonstrations in the country, the Sudanese Interior Minister, Ahmed Bilal Osman, said on Monday.

During a speech before the National Assembly, the minister said that the total number of clashes which took place since the beginning of the demonstrations reached 381, and 816 people were arrested.

The Justice and Equality Movement expressed its full support for the opposition protests in Sudan, and confirmed that the demonstrations will continue until their demands and calls are met.

On the other hand, hundreds of the Sudanese government’s supporters organised a rally in the city of Kassala also on Monday, for the first time since the beginning of the demonstrations.

The demonstrations first started in order to express the peoples’ dissent against the rise in the price of bread, and later turned into demands calling for the government to step down. Hundreds of Sudanese are still continuing the riots for the third consecutive week. The police are dealing with those protests with gun shots and tear gas, resulting in clashes between protesters and security forces.

Last week, the Committee to Protect Journalists (CPJ) called on the Sudanese authorities to release at least three journalists who were detained in recent days, after publishing news columns that supported the widespread anti-government protests.

Since the protests began, the Sudanese authorities have attempted to stifle news coverage, and disrupt access to the internet and social media networks, the CPJ stated.