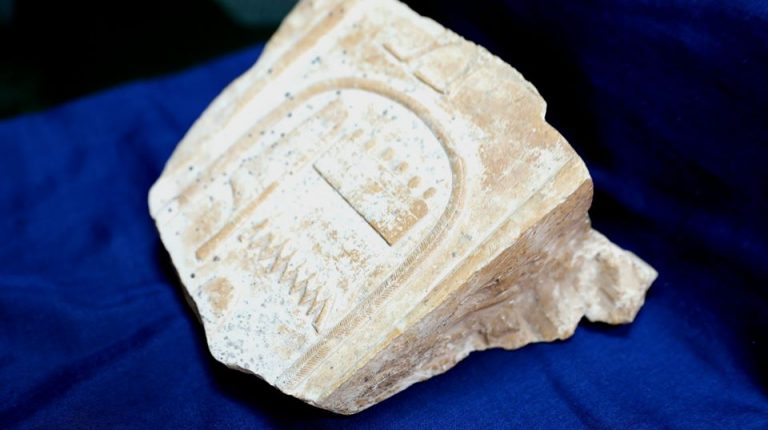 After dozens of retrieved antiquities throughout the past year, the series of retuning Egyptian smuggled relics has proven to be far from over. Egypt recovered on Tuesday an ancient Egyptian relief from London. The relic was found while being sold in an auction at one of London’s international auction houses.

Depicting the cartouche of King Amonhotep I, the relic was found to be stolen from the Karnak Temple in Luxor.

Shaaban Abdel-Gawad, General Supervisor of theAntiquities Repatriation Department at the ministry said in a press statement that the ministry tracked the antiquity through closely following the online portals of international auction halls. Once it was determined to be Egyptian, the ministry “took all the necessary procedures to stop the sale of the relief and withdraw it from the auction.”

The relief returned home with the help of the Egyptian Ministry of Foreign Affairs and the Egyptian embassy in London.

Abdel-Gawad added that “all concerned British authorities have been coordinating with us to recover the relief, and the Egyptian embassy in London received it in September 2018.”

Moreover, he previously stated that Egypt has returned over 1,000 smuggled artefacts, from several countries in the past two years, including 586 which were returned in 2017.