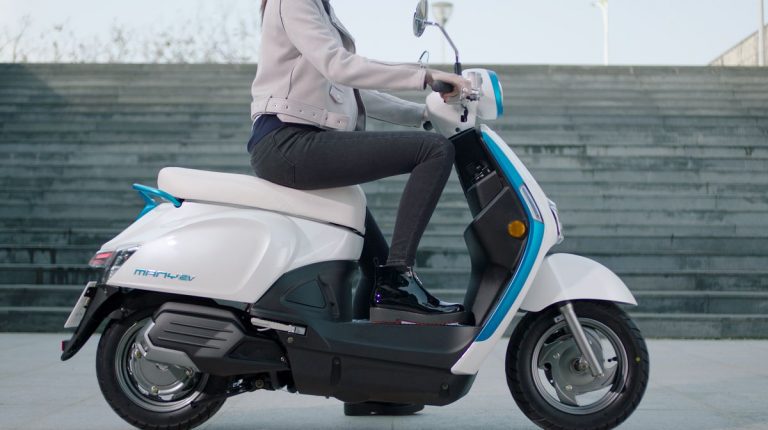 Electric cars have been in the minds of many Egyptians recently, evaluating their advantages and disadvantages, and thinking about establishing charging stations, and licensing these types of vehicles. Meanwhile others started to think in a slightly different way, looking into electric scooters.

Tredco for Engineering Industries took the first step and launched an assembly line for the Glide Electric Scooter in Egypt to become the first company to invest roughly EGP 30m in that field. The new assembly line is built on 15,000 sqm with a production capacity of 100 units per day. The company has been preparing the plant and training employees for nine months. Daily News Egypt interviewed the Deputy Chairperson of the company, Sherif El-Sayad, to elaborate on the project, the transcript for which is below, lightly edited for clarity:

Tredco has introduced two models thus far, G1 and G2. Each can travel 60 km on one charge. They can be charged using normal sockets which means they do not need special charging stations. These models’ batteries can be fully charged in six hours, enough to power the engine to reach a speed of 45 km/h. The G1 relies on an electric Bosch engine, and the G2 features a Bluetooth sound system. The G1 costs around EGP 21,000, while the G2 bears a price tag of EGP 23,000. Both models have elegant attractive designs, but not very different from other traditional motorbikes.

El-Sayad said that the Glide can be charged anywhere using normal electric sockets without the need to establish special charging stations.

The Glide scooters also do not waste fuel, and has a zero-dB noise level with no heat at all, El-Sayad mentioned.

Moreover, he said that these models’ batteries can be recharged up to 600 times with no problem. “If the scooter is recharged once a day for five days weekly, you will need 2.5 years to exhaust the battery which costs EGP 4,000-4,500,” he said, noting that the company offers a one-year guarantee on the scooter and all its parts.

So far, the company has not set up a specialised maintenance centre, however, it has appointed maintenance technicians who can reach the owners of the units anywhere within 24 hours. Nevertheless, the company plans to establish several maintenance and spare parts centres and showrooms supported by authorised distributors.

Tredco introduced the first batch of the Glide Electric Scooter using imported components. The next batch of the Glide will include local components. The company has requested 500 new scooters from the parent company, and will add some locally produced components, such as handlebars, chassis, seats, and batteries. The company will manufacture these parts or purchase them from local suppliers.

El-Sayad said that the company eyes a 30% local component rate in the first year, including the chassis and handlebar. The company will add the seats at a later stage, as it is now manufacturing car seats for other local assembling companies.

In the next two years, Tredco will invest more money to increase the local components in its products. It agreed with other Egyptian companies to supply some parts, such as batteries. The company contracted with three local battery manufacturers to supply the new batteries.

He ruled out manufacturing the external fibre of the units in Egypt because the designing process is too expensive for the relatively limited production volume, and it will not be feasible since they will be changed every four years with the introduction of new models.

The company is currently looking to introduce several local components, including electric motor, tires, brakes, and other accessories, such as lights and mirrors.

Tredco will launch lithium-ion battery scooter next year. It has refrained from introducing it now as it will increase the price of its units.

El-Sayad said that several major restaurant chains have already contracted with the company to provide scooters to be used for food delivery, and the company also offers alternative battery packs which take only 10 minutes for recharging.

The company will be launching the new Glide models at a price of EGP 16,000-17,000, in which it can add lithium-ion battery to replace the traditional one, doubling the traveling distance but it would be pricier at EGP 24,000-25,000.

El-Sayed stressed that his company will not import scooters as they see themselves as manufacturers not importers. Tredco aims to produce the first electric tuk-tuk and tricycle in Egypt to contribute to reducing pollution in the country.

He added that his company aims to export electric scooters benefiting from the free trade agreements between Egypt and Europe. Tredco’s future plan relies on exporting 50% of total production.

Tredco has obtained the Arab Organisation for Industrialisation’s (AOI) approval to manufacture the Glide in Egypt, and then sent them to the General Administration of Traffic to deal electric scooters as electric cars. The General Administration of Traffic sent a letter to the AOI requesting more information about the specifications of new scooters in order to approve it.

El-Sayad noted that the new scooters produced by his company already have chassis serial numbers.

Tredco launched its operations in mid-1980s and has current investments of EGP 200m. The company supplies exhaust parts and seats to other local assembling companies.