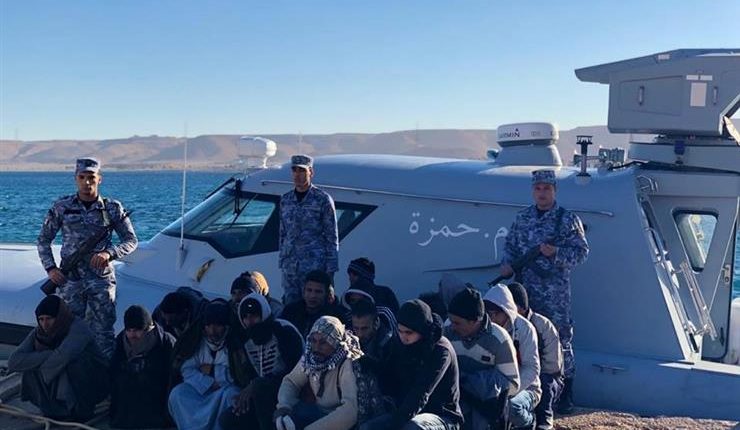 This came after security forces discovered a speedboat coming from the Libyan side while carrying a number of individuals, according to the statement, adding that a naval unit was dispatched directly to catch the boat which carried 29 individuals of different nationalities.

The arrested individuals were sent to the Salloum Marina for investigation.

“This is a continuation of the naval forces’ implementation of its tasks in securing and protecting the Egyptian maritime coasts, and supporting the search and rescue operations in all strategic directions,” the statement added.

Egypt’s Parliament approved a bill to combat illegal migration and human-smuggling in 2016, which imposed tough penalties on those who assist individuals committing illegal immigration.

During recent years, thousands of migrants and refugees from a variety of countries have attempted to cross the Mediterranean to reach Europe, with an increasing number departing via smugglers’ boats from Egypt’s northern coast.