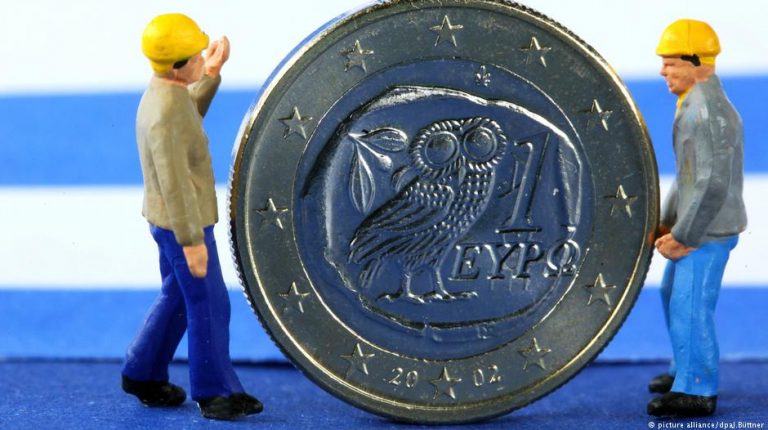 Unemployment in the euro zone in November fell unexpectedly to its lowest rate in more than 10 years. But youth unemployment in Italy, Spain and Greece remains above 30 percent.Figures for November 2018 published by the European Union's statistical office, Eurostat, on Wednesday showed unemployment in the 19 EU countries which use the euro currency dropped to 7.9 percent. It is the lowest level since October 2008 and below the 8.1 forecast by economists.

While the number of people in Italy and Spain without a job did drop in November, the two countries still have the highest unemployment rates in the eurozone, after Greece.

The lowest unemployment rates for November were:

Czechia, closely linked to Germany's economy, with 1.9 percent
Germany with 3.3 percent
the Netherlands with 3.5 percent

The highest unemployment rates were recorded in:

Unemployment in the euro area has been falling steadily since it went below 10 percent in September 2016. It had climbed to more than 12 percent following the 2007-08 financial crisis.

For the two economic powerhouses of the bloc, unemployment remained stable at 3.3 percent in Germany and 8.9 percent in France.

Across the 28 members of the EU, figures showed 16.4 million people were out of work in November; a fall of 107,000 over the previous month. The figures indicate unemployment remained stable at 6.7 percent in November, Eurostat estimated.

Italy, Spain and Greece again reported the highest numbers of people under the age of 25 without a job:

The lowest youth unemployment rates were recorded in:

The figures followed indicators published on Tuesday predicting that Germany's economy might be going into recession with declines in factory orders, industrial production and exports.

A senior economist at ING bank told AP that the decline was a relief as "it indicates that uncertainty about the economic outlook and a slowing pace of growth has not caused employment growth to grind to a halt just yet."