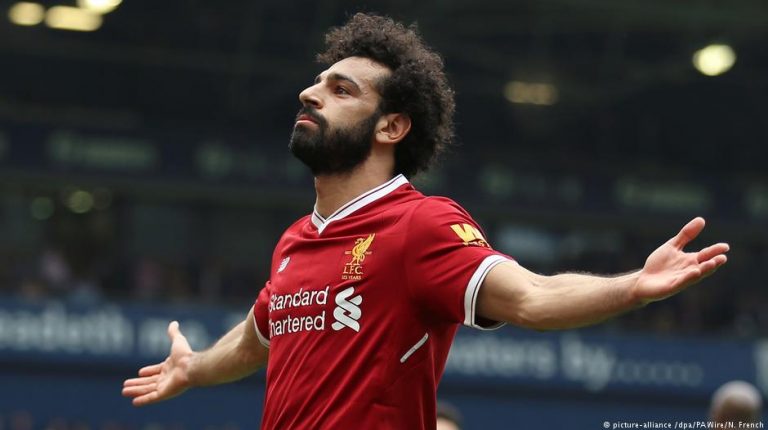 "This award is very big for me, I love it because I saw it when I was young and I always had a dream to win it one day," Salah said as he collected his trophy at the ceremony in the Senegalese capital.

"I'm proud to win it twice, I must thank my family and my teammates, and I dedicate this award to my country, Egypt."

Free-scoring Salah helped Jürgen Klopp's Liverpool reach the 2018 Champions League final, but he suffered a shoulder injury early on in the 3-1 defeat by Real Madrid in Kyiv. He scored twice for Egypt in the World Cup in Russia, though the side exited in the first round.

Salah edged ahead of his Liverpool teammate, Senegalese winger Sadio Mane, who finished second in the voting by technical directors and chief coaches of all 56 of the confederation's member associations. To complete a top-three sweep for the Premier League, Gabon's Pierre-Emerick Aubameyang, of Arsenal and formerly Borussia Dortmund, clinched third place. Salah finished ahead of the same two players last year.

Salah's victory was the second piece of good news for Egyptian football on Tuesday. Egypt also pipped South Africa for the hosting rights to this year's Africa Cup of Nations, after Cameroon was stripped of the tournament last year amid planning and safety concerns.

US-based Thembi Kgatlana, who plays for Houston Dash in the National Women's Soccer League, won player of the tournament and was highest goal scorer in the 2018 Africa Women Cup of Nations.

Although the Premier League dominated the senior men's awards, Germany's Bundesliga did get a look in when it came to Youth Player of the Year, with the award going to Borussia Dortmund's Achraf Hakimi.

The Spanish-born Moroccan national team player, who started his senior career with Real Madrid, has impressed with his versatility, being capable of playing as a winger, full-back and central defender.