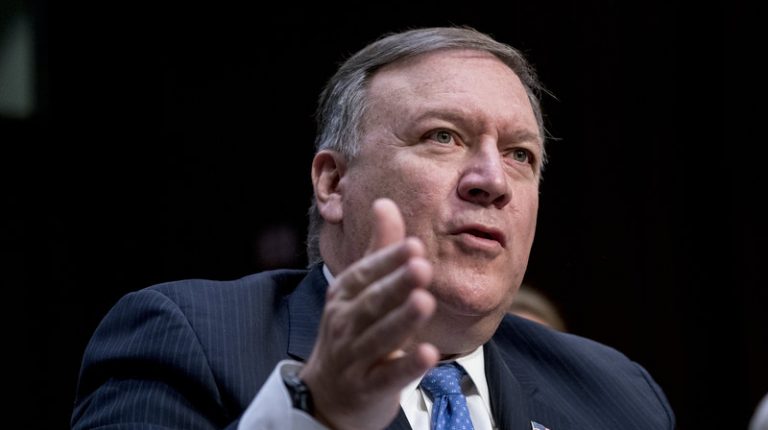 Secretary of State Mike Pompeo arrived on an official visit in Iraq on Wednesday to meet with the country’s leaders as part of a Middle East tour.

This came on the second day of his tour, which began in Jordan and includes Baghdad, Egypt, Bahrain, Qatar, the United Arab Emirates, Saudi Arabia, Kuwait and Oman.

Pompeo is expected to travel to Cairo after leaving Iraq, where he will meet with Egyptian leaders to discuss critical regional issues, including Iran, Gaza, and counterterrorism, as well as economic and energy cooperation. During his visit in Cairo, he will also deliver a speech on the United States commitment to peace and security in the Middle East.

Moreover, Pompeo will lead the US delegation at the second US-Qatar Strategic Dialogue in Doha, which will further enhance bilateral cooperation in different fields. He also will meet with Qatari leaders to discuss regional issues, such as Afghanistan and the importance of a united Gulf Cooperation Council (GCC) in standing against the Iranian regime.

For his visit to Riyadh, the secretary will meet with Saudi leaders to discuss key bilateral and regional priorities, including Yemen, Iran, and Syria, and will confer regarding updates on the status into the investigation of the murder of journalist Jamal Khashoggi.

In Muscat, the secretary will meet with Omani leaders to discuss ways to promote peace throughout the region, including in Yemen.

Pompeo will conclude his trip in Kuwait, where he will lead the US delegation at the third US Kuwait Strategic Dialogue, which will focus on several new areas of cooperation, including defence, cybersecurity, and strengthening economic ties.