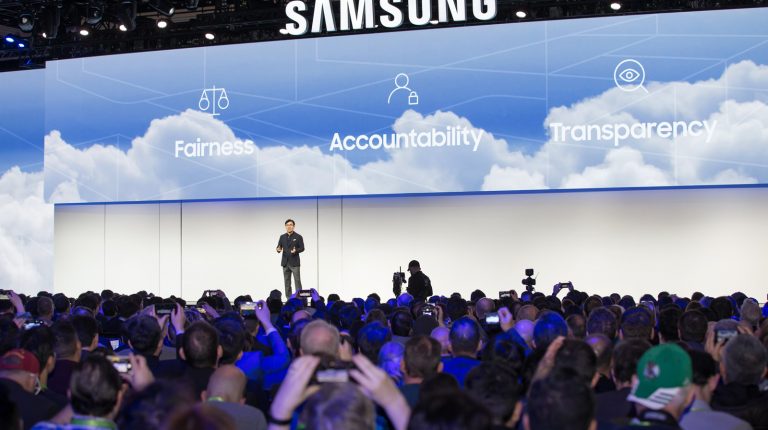 Samsung, the Korean electronics giant has said that as of spring 2019, its new smart TVs will include iTunes, software made by rival tech firm Apple. The smart TVs will also feature support for Amazon’s Alexa support and Google Assistant, alongside its own voice assistant Bixby.

The announcements came during the first day of the Consumer Electronics Show (CES) 2019.The move was “a true first”, Senior Samsung Executive Dave Das informed the tech show in Las Vegas. As a possible first sign of cooperation of television services between and Apple, the company is looking to distribute its forthcoming television service on devices made by others.

The giant smartphone makers have a complicated history, as they spent years locked in a costly legal battle over patents. At one point, Apple wanted Samsung to pay $2bn for systematically copying features of Apple devices, and the case ended up at the US Supreme Court. The companies finally settled last summer for an undisclosed amount.

Tech analysts see the move as extraordinary, since “Samsung has made numerous failed moves in video services, while Apple is still seeking to crack the TV landscape,” Paolo Pescatore, an independent tech analyst said in an interview with BBC.

Apple showed signs of loosening its grip in November when it announced that Amazon’s (AMZN) Echo devices would support Apple Music. The two companies also struck a deal which allows Amazon to directly sell Apple devices, in exchange for cracking down on unauthorised third-party sellers on the site.

During CES 2019, the tech giant also announced a new range of home appliances, from front-loading washing machines with an application which “provides a recommended cycle depending on the specific items, item colours, and dirt levels”, to a fridge that sends an alert to its owner’s phone if the door is left open.

Other robots in the range have been designed to help customers in shops, purify indoor air, and assist seniors or less mobile people when walking.