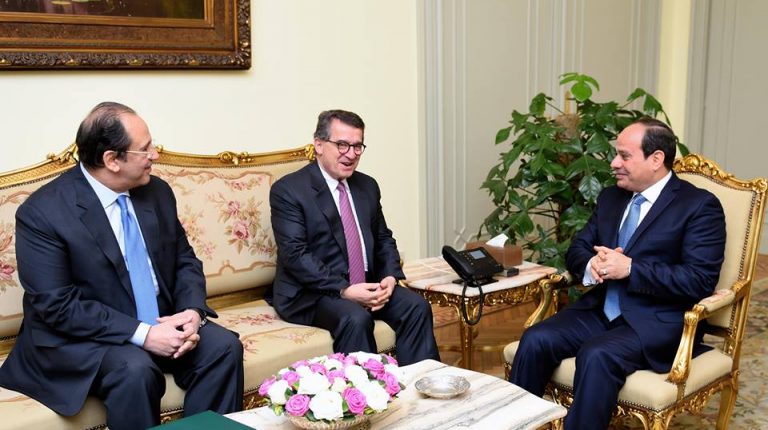 According to a statement from the presidency’s spokesperson Bassam Rady, the meeting discussed the distinguished relations between Egypt, Greece, and Cyprus.

Furthermore, they also addressed several issues of mutual concern, including increasing cooperation, as well as the latest updates in the Middle East and efforts for countering terrorism.

During the meeting, Al-Sisi stressed the continuity of Egypt’s efforts to reach political solutions for the crises in the region, as well as supporting each country’s sovereignty over its territories, and ensuring security for its people.

Roubatis stressed his country’s keenness on boosting its relations with Egypt in all fields. Relations between Egypt, Greece, and Cyprus have recently increased within the frame of cooperation in the eastern Mediterranean region.