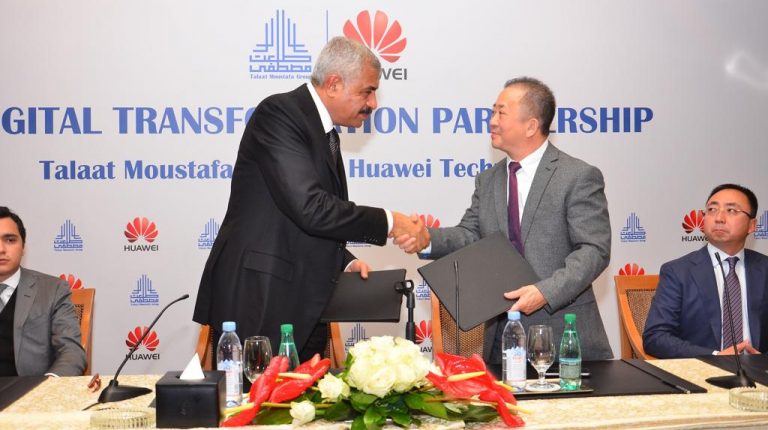 Huawei Technologies, the global ICT solution provider, has signed a partnership agreement with Talaat Moustafa Group, aiming to start the digital living transformation for the first time in Egypt and the Middle East.

The agreement comes as the first step towards building a strong partnership between the two sides. Huawei will start providing its innovative technologies in the group’s upcoming projects, in order to transform them into smart cities.

Michael Li, the regional enterprise president in Huawei, sees the partnership as an initial step toward the advancement of urban communities in Egypt, by transforming the cities and projects of Talaat Moustafa Group’s into smart cities. “For the first time in Egypt and North Africa, we will provide new security features in the cities such as applying the facial recognition system, creating a big boom in Egyptian cities,” he added.

Hisham Talaat Moustafa, the group’s CEO, stated that activating the agreement will include the group’s different projects, starting from Al-Rehab and Madinaty, to implement the latest smart digital technologies in operations management, effectively, and with top quality.

Huawei Technologies and Talaat Moustafa Group have also agreed to jointly develop the Spine project, which is located on an area of 4m sqm in Madinaty.

The Spine project includes several residential, administrative, commercial, hotel and recreational services, which will be developed using the latest technologies applied in smart cities, utilised in the most prestigious projects on a global scale.