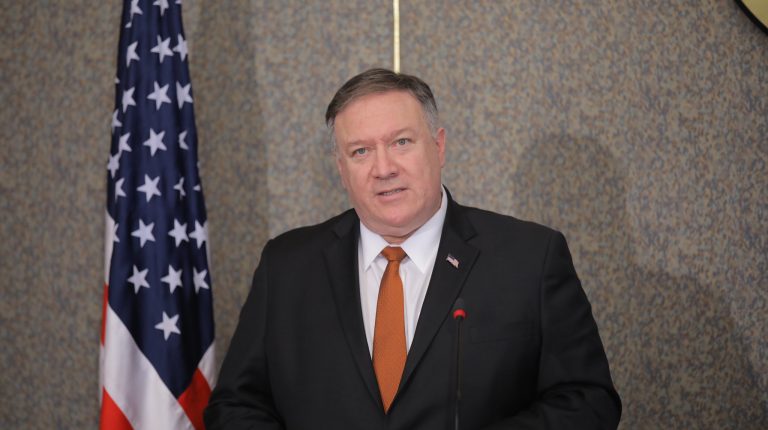 The US Secretary of State Mike Pompeo said on Thursday that the USA supports Egypt’s efforts to fight terrorism in Sinai, and Israel’s efforts against terrorism.

During his speech at the American University in Cairo, Pompeo added that America has always been a liberating force in the Middle East, and “when America retreats, chaos follows.”

“We strongly support President Al-Sisi’s steps for ensuring religious freedoms,” Pompeo said. He added that the US administration is working on having strategic economic relations with countries such as Egypt and Jordan.

“Now it is the real beginning for the US to act as a force of ‘good’ in the region,” adding, “Under the new administration, the US faced the reality of Islamic extremism, Al-Sisi supported us in these efforts, and I applaud him for this.”

Pompeo noted that the US President Donald Trump is willing to take action in Syria, “but hopes we do not have to,” adding that the US will withdraw its troops from Syria when the battle against ISIS is finished.

The US Secretary of State finally stated, “Our desire for peace at any cost led us to strike a deal with our enemy Iran,” adding, “We must confront the ‘Ayatollahs’, not cuddle them, Egypt, Oman, Kuwait,  and Jordan were essential in ensuring that the sanctions against Iran are effective.”