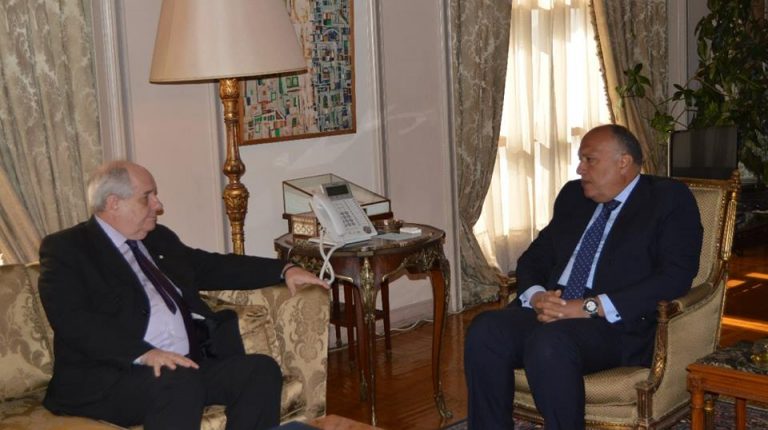 The meeting also tackled the preparations of the third phase of the “Nostos – The Return” programme implemented in the framework of the trilateral cooperation among Cyprus, Greece, and Egypt on diaspora issues, which will be held in Australia at the end of March, with the participation of the three countries’ diasporas.

The first phase of Nostos was held in Alexandria in April 2018, while the second phase took place in London in October 2018, where a conference for physicians of the three communities was also held.

The officials noted that the initiative reflects the depth of historical and cultural relations between the peoples of the three countries.

Hafez added that the meeting also discussed ways to strengthen the relations of the two countries in the coming period, especially in the energy sector. He noted that Quick was keen to listen to Egypt’s view of the challenges and crises facing the Middle East.

For his turn, the Greek official valued the depth and specificity of the relations with Egypt, pointing out the need to work jointly to push cooperation between the two countries in various fields.

Hafez said that both officials also discussed Egypt’s assumption of the African Union (AU) presidency in February, in the light of the upcoming ministerial meeting between the AU and the EU in the Belgian capital Brussels from 21 to 22 January.