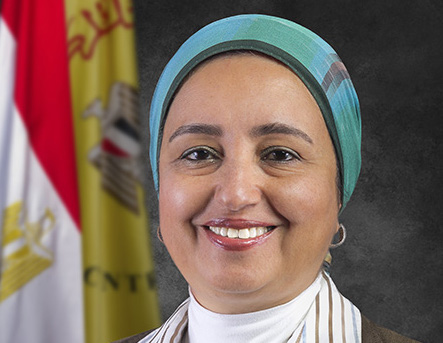 The Central Bank of Egypt (CBE) expects to finalise a study for the establishment of a new exports guarantee firm in the first quarter (Q1) of 2019, Lobna Helal, deputy governor of the CBE told reporters following her speech at the third annual MENA investor conference, organised by CI Capital on Sunday.

Helal added that the CBE is implementing the study in collaboration with the African Export–Import Bank (Afreximbank), noting that the new guarantee firm will pay special attention to boosting trade relations with Africa. She pointed out that the CBE’s share of the planned firm has not yet been defined.

Helal acknowledged that Egypt has achieved major positive results following the implementation of the IMF-powered economic reform programme which restored international confidence in the Egyptian economy.

“We seek to continue economic institutional reform in cooperation with different ministries, and invest in human capital for the benefit of the Egyptian economy,” Hela noted, adding that the CBE has successfully reformed the banking system within the past couple of years.

Egypt faced major challenges to restore the balance of the Egyptian economy, Helal mentioned, affirming the full coordination between the government and the CBE to achieve development goals.

“Within two years, our foreign reserves have increased, and the market has become deeper and more mature,” she said, adding that the foreign trade has achieved positive results in terms of GDP, and economic reform has become resilient after global financial shocks.

The economy witnessed general recovery for several reasons, including a tourism revenues hike, and increases in the remittances of Egyptian expats, as well as the improvement of the oil sector, which attracted a lot of new investments, noting that there is a remarkable activity in all sectors of the economy.

Helal stressed that the CBE aims to bring the inflation rate to 9% in the last quarter of 2020, adding that headline inflation reached 12% in December 2018.