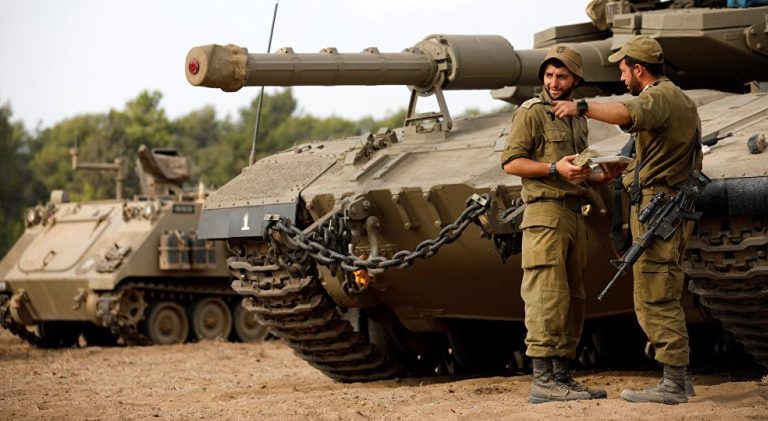 The Israeli army announced on Sunday that it has finalised its operation for detecting and destroying tunnels in the border area between Israel and Lebanon, dubbed ‘Northern Shield’.

Israel claimed that it has found six tunnels that were made by the Lebanese armed militia Hezbollah which is supported by Iran.

The Israeli army spokesperson Gen Ronen Manelis said that the army located on Saturday the sixth and largest tunnel crossing into Israel and is working to destroy it. Manelis said that with the latest discovery, “the threat posed by the tunnels has been eliminated.”

He added at a briefing for military correspondents, that the latest tunnel which was discovered on Saturday is the largest and most important one detected since the beginning of the operation.

According to Israeli media, “the tunnel is hundreds of meters long and reaches dozens of meters into Israeli territory.” Hezbollah made no comment on the Israeli statements and manoeuvres.

Moreover, Israel’s Prime Minister Benjamin Netanyahu said that there had already been operational successes in the operation. He added in a statement following the beginning of the operation “whoever tries to harm the state of Israel will pay a heavy price.”

“We will continue with further actions – public and clandestine – in order to safeguard the security of Israel,” Netanyahu said.