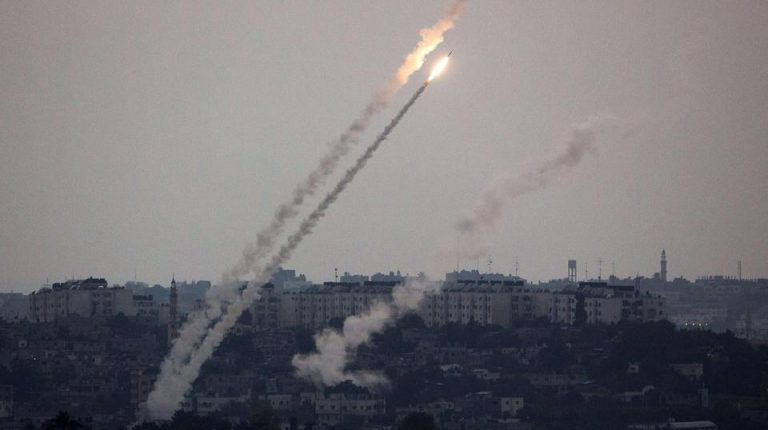 The Israeli army launched on Saturday an airstrike on several sites in the eastern besieged Gaza Strip, after claims that the Palestinian movements have fired rockets targeting the Israeli towns located near the Strip. The Israeli forces also stormed Ramallah city in the West Bank.

The Israeli raid targeted training sites of the Al-Qassam Brigades, the armed wing of Hamas movement, with no information about casualties thus far.

“Earlier tonight, a rocket was launched from Gaza towards the Israeli territory. In response, Israeli fighter jets targeted two of Hamas’s underground structures in the Gaza Strip. We will continue operating to defend Israeli civilians,” the Israeli army tweeted on Saturday night.

On Friday, a Palestinian woman was killed by the Israeli forces during a mass protest on the borders between Gaza and Israel. About 13,000 Gazan demonstrators participated in the protest.

Mass demonstrations started in the Strip since the end of March 2018, commemorating the 42nd anniversary of the Land Day, dubbed the Great Return March.

In November 2018, the last operation conducted by the Palestinian movements, Hamas and Al-Jihad Al-Islami, included the launch of more than 400 rockets towards Israel’s northern towns. The Israeli Iron Dome system intercepted about 100 Palestinian rockets.