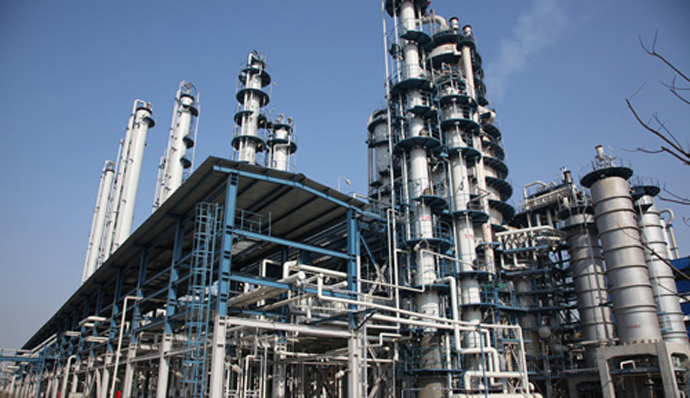 A recent report issued by Pharos Research expected Sidi Krir Petrochemicals (SKPC) to get negatively affected by a downward trajectory for polyethylene prices in the global market.

The report said that SKPC benefited from a rally in global polyethylene prices during the first half (H1) of 2018, as new plants in the US were slow to start, resulting in a supply gap.

“However, capacity has recently been ramping up during the H2 of the year, which sent prices on a downward spiral hitting a low of $1,070/tonne in December 2018. Global polyethylene capacity is expected to increase by around one-third in 2019 versus 2016 levels, as new capacity comes online,” it added.

The report assumed polyethylene prices will be pressured next year and will then gradually correct to reflect the historical average polyethylene-naphtha spread by 2021.

The report also noted that SKPC experienced some pressure on margins throughout 2018, with gross margins contracting from 30% in the first quarter (Q1) to 23% in the Q3.

“Management indicated margin pressure during 3Q of 2019 was mainly due to some one-off costs, however we will continue to closely monitor developments in margins. If the strain on margins persist, it could warrant another downgrade to SKPC. We assume a stable feedstock cost of $7.25/mmBtu over our forecast horizon, with margin pressure in the next two years coming mainly from the expected decline in polyethylene prices.”

Meanwhile, the report said that the lack of significant developments and the prolonged announcement of further details regarding SKPC’s new polypropylene project has forced them to exclude the project from their fair value (FV) for the time being.

“We remain sceptical that SKPC will be able to own 100% of the $1.2bn plant, as it would result in a massive shift in the company’s capital structure and will require a capital increase, if not multiple, given the company’s commitment to pay dividends. We will continue to await solid details on the project’s final financing structure, and the expected capex and implementation schedule, before including it in our valuation,” it added.

“We have downgraded our FV for SKPC to EGP 19.22/share (down from EGP 42.80/share) to reflect the exclusion of the polypropylene project due to lack of developments and insufficient disclosure of details,” it concluded.

In other reports, the National Bank of Kuwait’s (NBK) stock is expected to see additional $285m inflows during the next two months until mid-March, increasing the expected total inflows of Kuwaiti equities to about $500m, EFG Hermes said.

If upgraded on the MSCI index, the inflows will increase to $1.3bn instead of $663m next May, if NBK’s stock maintains the free-float rate at 94.5%, the Egyptian investment bank said.

Over the next 30 days, Hermes expected NBK’s stock to receive inflows worth $32m until mid-February, due to the increase of the relative weight on the MSCI Frontier Markets 100 Index, bringing its total expected foreign investment inflows to $1.617bn in five months.

EFG Hermes previously forecast that Boursa Kuwait is to receive foreign inflows valued at $2.4bn during the next two years until May 2020 after the bourse’s inclusion into global emerging markets indexes.

SKPC announces it is sticking to PP project plans

Plastic waste and the recycling myth